Home » Sights » Cities » Larnaca – one of the major cities of Cyprus

Larnaca – one of the major cities of Cyprus

Larnaca is one of the major cities of Cyprus. It is a center of tourism, has airport and harbour. In the local bay you can walk through the picturesque promenade lined with palm trees, restaurants and pubs, which is a typical summer holiday idyll. 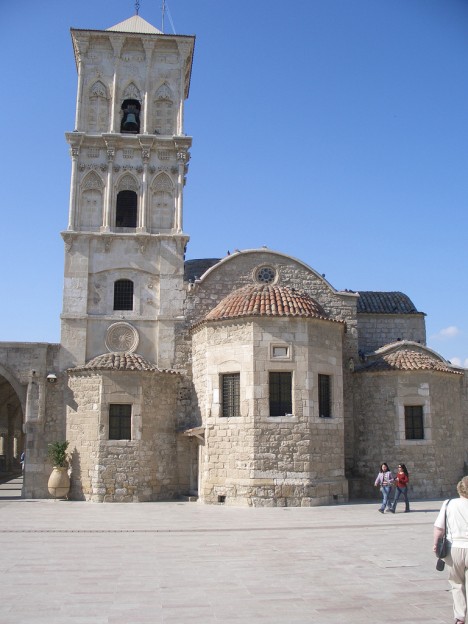 Photo licensed under the Creative Commons, created by Martin Belam

The city of Larnaca is built on the site of an ancient Kition – the old city, whose ruins can be found about a kilometer of Larnaca’s city centre. Its existence is documented also in Larnaca’s archaeological museum featuring a collection of ceramics from ancient Kition, as well as in Neolithic settlement Khirokitia situated near Larnaca.

Khirokitia is one of the most important prehistoric sites in the eastern Mediterranean and is protected by an international organization UNESCO. Area around Larnaca Salt Lake is a home to thousands of flamingos in winter, but dries up in summer and only a layer of salt remains here. Beaches are darker, with fine sand, somewhere with pebbles or small stones. The sea around Larnaca boasts clean turquoise water.

Larnaca was founded between the 11th and 14th century BC. During its existence, has undergone a terrible destruction of the Persians in the Greco-Persian War.

From the top sights in Larnaca I should mention renovated tomb of Neolithic settlements Khirokitia, Roman glassware, Agios Lazaros Church, located in the southern part of the city which was built in the 10th century by Byzantine Emperor Leo VI the Wise. Today the church hosts Byzantine museum.

About 20km west of the city you can visit Greek Orthodox Stavrovouni monastery which is located at the top of Stavrovouni mountain at an altitude of 680 meters above sea level and offers spectacular views of the coastal landscape and the Troodos mountains.

And if you will go more to the south you can see a very prominent Muslim shrine called Hala Sultan Tekke or the Mosque of Umm Haram. Anyway, once you visit Larnaca with its surroundings you will certainly not be disapointed!