Amsterdam is the much-visited capital of the Netherlands, partly because it’s easy to get flights to Amsterdam from major European capitals, and also because it’s a cultural, historical and social centre in north-western Europe. 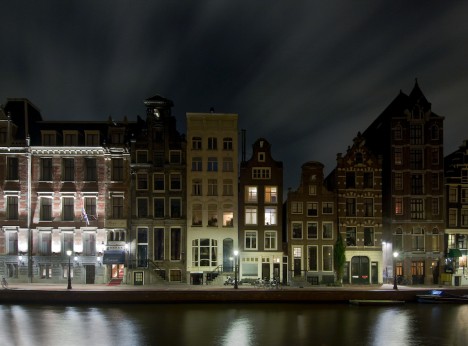 Certainly one of the first ports of call is the Van Gogh Museum, which houses the largest collection of paintings and drawings by the Dutch artist (who was born in Zundert, which is about 80 miles from Amsterdam). It is the most-visited museum in the country and one of the most popular in the world, which is bittersweet considering the sad life of Van Gogh, who died at 37 without receiving recognition for his paintings.

The “Achterhuis” in Amsterdam is the preserved hiding place where wartime diarist Anne Frank and her family hid from German soldiers in World War II. It exhibits the life and times of the young writer and artist, and is dedicated to all forms of persecution and discrimination. Whether or not you have come across Anne Frank’s diary from 1945, the museum is a deeply humbling place to visit.

Photo licensed under the Creative Commons, created by Minke Wagenaar

Near Anne Frank House is the stately Prinsengracht or Prince’s Canal (named after the 16th Century Dutch Prince of Orange). It is the longest canal in the city and is home to a number of historical sites including the Noordekerk or Northern Church, the bustling Noordermarkt (Northern Market, which is lined with restaurants and shops) and the Westerkerk (Western Church), which is the tallest church in Amsterdam.

Packed with things to see and do – from midnight mass to saucy cabaret – Amsterdam is one of Europe’s premier tourist cities, and well worth the visit.

View Amsterdam – a cultural, historical and social centre in north-western Europe Netherlands in a larger map