Home » Nature » Islands » Sicily – what to see and where to go

Sicily – what to see and where to go

The Italian island of Sicily is the largest and most visited of all the islands in the Mediterranean Sea. From the Italian coast is separated by the Strait of Messina. Visitors are coming here especially to see the highest active volcano in Europe – Mount Etna. Very nice is also the climate, beaches and azure blue sea. 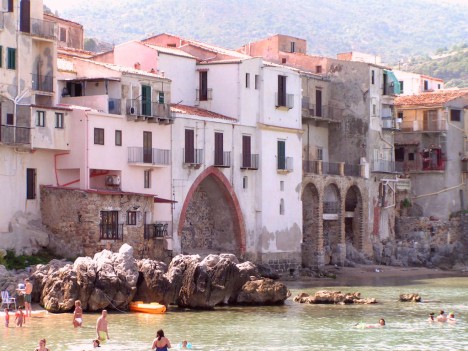 Sicilian rich history is confirmed by a series of preserved monuments from ancient times. Here you can find about half of all such monuments from all over Italy. If you add a beautiful piece of nature to it, then you can certainly count with a perfect sightseeing holiday.

Sicily is a popular destination always well prepared for the tourists. You can get there by all possible means of transport. There are two main airports in Palermo and in Catania or you can use the ferry which take your car or bus over the Strait of Messina. Very interesting is getting there by train, when the whole train get on board of the ferry.

The entire island is covered by dozens of known and lesser-known resorts. Hotels offer a wide range of additional services that are at a very high level. Local people highly appreciate tourists, as they are in fact the main source of income. 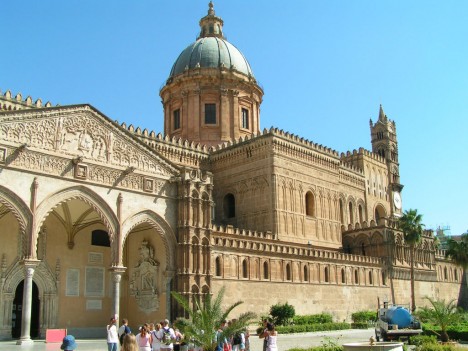 Each corner of the island has its own charm and has something interesting. The main season lasts from early May to late October, an ideal time for swimming and diving. The sea here is similar to that in Italy, however, is considerably cleaner. For travelling across the island you can use some of the car or scooter rental services (about 40 euros / day).

If you wish to discover southwest side of the island, then the town of Campobello di Mazzaro is the right place for do so. A few kilometers away you will find the ancient quarries. The stones from here were used for building an important ancient city of Selinunte.

The best starting point for discovering the beauty of the north-eastern parts of the island is the town of San Saba, which lies near Messina. Not far away is worth visiting Capo d’Orlando and Brolo, lying opposite Aeolin Islands. Popular tourist resorts are attractive mainly because of the beautiful countryside and many historical treasures. 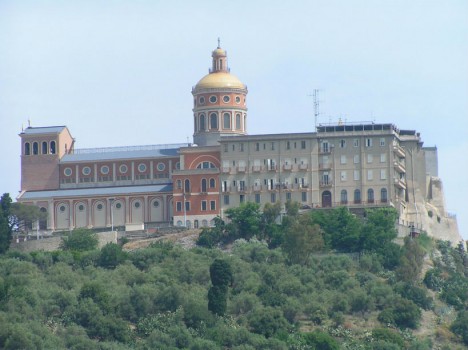 Where you definitely need to go and what should you know?
Taking a train to Giardini Naxos is a real experience. It lies in the middle of the bay, surrounded by steep cliffs.

Another interesting tip is traveling to the shrine in Tindari. Ancient sanctuary, situated on the hill above a large sandy beach, was considered a miracle. It contains one of many Byzantine Black Madonnas in Southern Italy. Tindari is also a place of rich archaeological excavations. You will find here the Greek theater and gymnasium, situated between the grassy slopes falling into the sea.

Up to Etna, the queen of volcanoes!
The highest active volcano in Europe has its place in the eastern part of the island. Nearly circular base has a diameter of an incredible 40 kilometres. There are two routes leading to the top – south (from Rifugio Sapienza at an altitude of 1900 m) and the North. For quite a big amount of money you can rent a jeep or go to the summit with a guide. Very nice walk is also to the craters of Monti Silvestri, where you find many souvenir shops. Absolutely unique view of Mount Etna offers a town of Taormina. 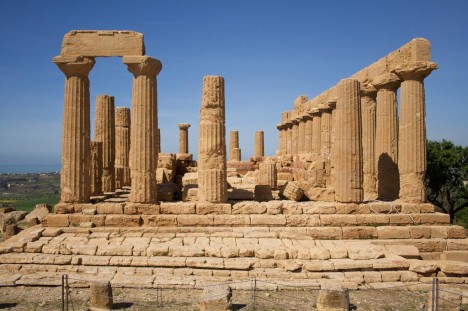 Photo licensed under the Creative Commons, created by Richard Leeming

Sicily is rich in all aspects of life
One of the most beautiful places in Sicily is considered the Valley of the Temples located near the ancient city of Agrigento. It is famous for the remains of seven Doric temples, built on a rocky ridge at the coast. In addition to historical sites, this location boasts beautiful sandy beaches, inviting to romantic evening strolls.

Sicily also has its own capital – Palermo, which is absolutely different from any other city in Europe, and according to me it is also the craziest city in Europe. The streets are full of hustle and bustle, and with the name of Palermo many of us imagine Sicilian Mafia. Despite all of this, the city has an irresistible charm and in any case worth a visit. Among the most beautiful sights in town is the Palatinate Chapel in the Royal Palace and the Cathedral of the Virgin Mary. Very romantic is the ruin of the monastery of San Giovanni degli Eremiti. The local archaeological museum is one of the most important in Italy.

Not far from Palermo, in a small provincial town of Monreale, stands one of the most beautiful sights of the old Norman kingdom – Cathedral of Monreale. It was built in the 12th century by the most powerful Norman King William II as a symbol of his enormous power. 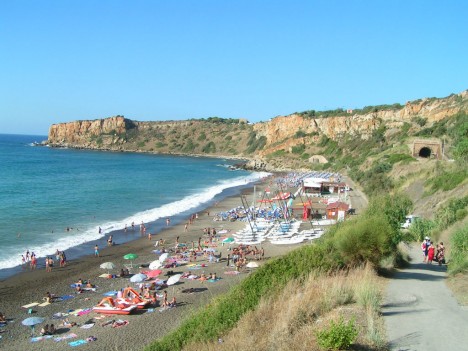 Do not forget to visit medieval town of Cefalu, which is situated on the north part of the island.

The last stop on our journey through the ancient cities of Sicily, is Syracuse, formerly one of the most powerful in the Mediterranean. Besides its medieval square attracts visitors mainly for the remnants of the ancient city (theater, amphitheatre, remains of temples). Notable is the archaeological museum with unique finds from around the island, or underground catacombs.

Is it enough, or did I miss something? If you are curious about other great destinations in this island, just go through our tips in the section of the Most beautiful places in Sicily.