On the left bank of the Rhine arm called IJssel, in the Dutch province of Overijssel, lies town Kampen, which is famous mainly thanks to Protestant Theological University. The city, however, boasts a rich Hanseatic history. Today the city has about 33,000 inhabitants. 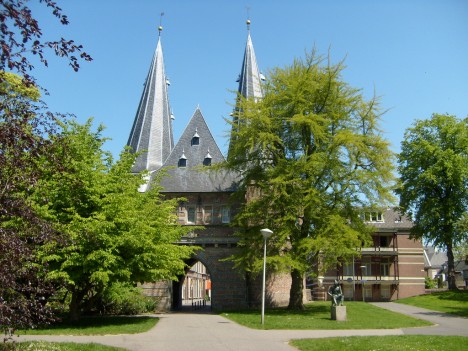 Photo licensed under the Creative Commons, created by Taco Witte

Kampen is connected to Zwolle, which is the capital of the province, by a road that continues north to Emmeloord. Between the cities leads also 12 km long local railway that crosses a typical Dutch landscape. View of the endless plains dotted with trees and wind power plants. Without them, it would perhaps be possible to see through Amsterdam. The pastures are full of cows, or white sheep.

The most important monuments of Kampen are the city gates, which are the remains of former fortifications. Very valued building is the Church of St. Nicholas (Bovenkerk) from the 14th century, tower Nieuwe Toren from the 17th century and the city hall decorated with a beautiful facade. You can visit a small port or take a walk around the romantic streets. Following the Burgel channel and Broederstraat street you can get to a beautiful gate Broederspoort dating from the 15th century. From here it is just about 400 metres to another Gothic gate Cellebroederspoort. 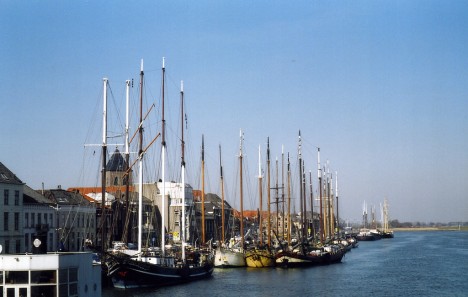 Photo licensed under the Creative Commons, created by Phillip Capper

Through Burgelgracht you get to the church Bovenkerk, which was built from the bricks and rare stone. Since this is a Protestant church, its interior is not overly ornate and interesting. Behind the church lies Koornmarkt – a square on which stands the building of the famous Protestant Theological Faculty. A little further you come across the Koornmarktspoort gate with two massive cylindrical towers, which in the past defended city from the waterfront. It is the oldest gate in the city.

Kampen is also famous for the production of cigars, as evidenced by the small Kamper Tobacco Museum located on the square Botermarkt. However this museum is really unique as it is open for tourists only after prior agreement.