Hallstatt – visit the oldest salt mines in the world | Austria

Hallstatt is a small village in Upper Austria situated on the shores of Lake Hallstätter See. The whole surrounding area of ​​Hallstatt-Dachstein and even the whole period was named after this village. You surely remember Hallstatt Period from history books (or at least those of you living in the Central Europe). Indicates the period roughly between 8th and 6th century BC. During this time Central Europe was settled by the Celts, who started to process iron, and the first fortified Celtic settlements were created here. 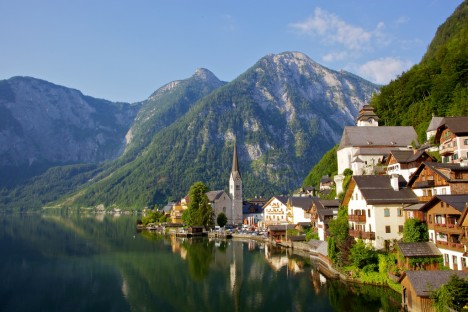 Photo licensed under the Creative Commons, created by Jiuguang Wang

And how did the period get its name? Just after Hallstatt village, which was at that time an important trading center. There was the salt mined in its vicinity, which was also exported to far away places. The history of the local salt mining extends at least from 2nd millennium BC up to the present and gave the region not only wealth and prosperity, but also created a specific cultural landscape, where nature blends with human activity in unusual harmony. It also led the Commission of UNESCO to add this area “Hallstatt-Dachstein Salzkammergut Cultural Landscape” on the list of World Heritage in 1997.

Very interesting on Hallstatt is that it has long been accessible only by boat across the lake, or along narrow mountain trails. The first road was built along the shore in 1890, but only thanks to the power of explosives. Despite of this apparent inaccessibility the people settled here anyway seven thousand years ago. The rich history recalls not only architecture of Hallstatt, but also the local museum, which collects extensive archaeological excavations. Many of them come from the necropolis on the plateau above the town, where were discovered the remains of 4,000 people. And those remains were the main reason to name the period as “Hallstatt period”. 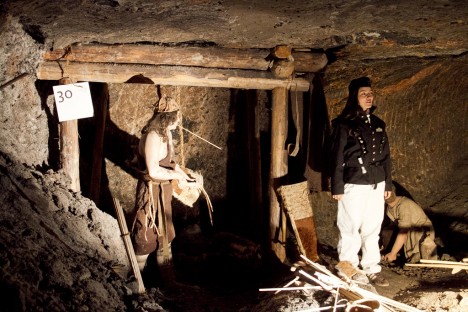 Photo licensed under the Creative Commons, created by Party Lin

It is understandable that many places in Hallstatt are related to salt. The local salt mines are reportedly the oldest in the world and you can see them in an unusual museum. Why unusual? Well, how many museums have you visited which had 64 metres long wooden roller coaster…? But the underground salt mines offer much more than this unusual attraction. You can learn about the life of people who mined salt here for thousands of years. The body of one of them was found here in 1734, perfectly preserved by salt. Notable is also an underground salt lake with an area of ​​1400 m2.

If you already have enough salt, you can target the other wonders of the underground world – Dachstein ice caves. And because we are in the Alps, it is not necessary to say that you can see lots of interesting also on the surface. Whether it’s a remarkable historical buildings, or simply “just” beautiful countryside with fresh air and a nice panorama of mountain giants.

There are lots of Austria hotels in the town as well as camp sites at the shores of the lake. Hallstatt is also a great starting point for your hiking tours around the mountains.

« All inclusive resorts in Greece – do not care about anything just relaxing
Tyrol – a paradise for hikers, climbers and lovers of mountains | Austria »