Approximately 30 kilometres west of Brussels, lies the town of Leuven, which is particularly famous for its university and local beer. It is an administrative center of the province of Flemish Brabant. It covers an area of 56.63 square kilometres and is home to about 90,000 inhabitants. 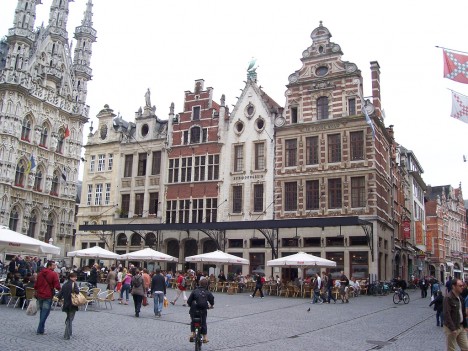 Photo licensed under the Creative Commons, created by Gavin Baker

Leuven is famous Belgian university town, the local Catholic University was founded in 1425 by Pope Martin V and is the oldest university in Belgium and one of the oldest in Europe. Due to disputes between Flemish and French-speaking population, University had to be divided into two separate branches in 1968 – the Flemish Katholieke Universiteit Leuven, which remained in Leuven and the French-speaking Université catholique de Louvain, which was established in Louvain-la-Neuve. This city was founded in the province of Walloon Brabant.

The first mention of Leuven dates from the year 891, from the time when Carolingian King of East Francia and Holy Roman Emperor Arnulf defeated Viking army.

Convenient location at the river Dijle helped Leuven to become a major commercial center of the duchy. The city became a center of cloth. Famous linen was exported from here already in the late 14th century. 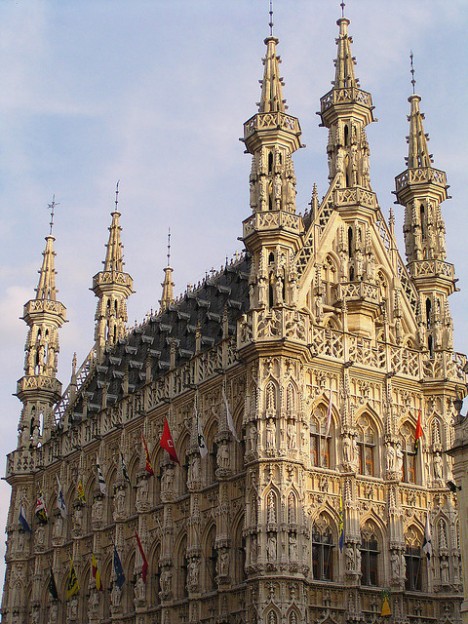 Photo licensed under the Creative Commons, created by Eddy Van 3000

Leuven’s golden period occurred in the 15th century, when was founded already mentioned Catholic University. It has now about 27,000 students. Another important period was the 18th century, when a local brewery began to prosper. It later grew into the largest brewing company in the world called Interbrew, recently renamed to InBev. This brewing company includes well-known brewery Stella Artois.

During the First and Second World War Leuven suffered significant damage. For example, in July 1914, was burned and destroyed the university library with 300,000 rare books and manuscripts. After the First World War the library was renovated. During the Second World War, however, the library was again damaged by fire, in which disappeared other writings and rare books. Although a large part of the University of Leuven was severely damaged by fire and bombing during the wars, most of the sites managed to repair and make its original form.

One of the most important monuments is considered Leuven Town Hall built between 1439 – 1463, which is a typical example of late Brabant Gothic. Its facade is decorated with 236 sculptures from the second half of the 19th century. Very beautiful is also a church of St. Peter built in the turn of the 15th and 16th century. In its interior you can see the rare picture painted by Dirk Bouts – the Last Supper (1464-1468).

You can stroll through the cobblestone old-town squares, that are lined with houses, some of which date back to the 13th century. Most of these houses are now luxury hotels and pensions. Many historic buildings serve the needs of universities, which are hostels for students and professors, or perhaps a conference centres. 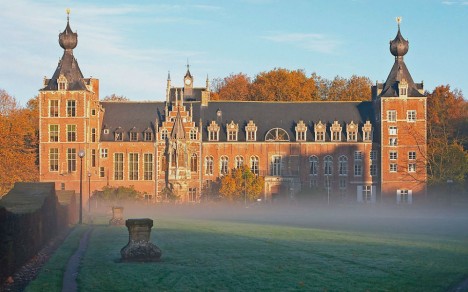 Photo licensed under the Creative Commons, created by Jim Trodel

Beautiful building near Leuven is Arenberg Castle built in the 16th century, which is a typical example of brick architecture, and combines late Gothic style with the Renaissance. Arenberg family donated the castle with a park covering an area of ​​29 hectares to the University of Leuven in 1916.

Interesting collections can be seen at the Vander Kelen-Mertens Municipal Museum, which represents both modern and ancient art. On display are not only paintings and sculptures, but also photographs, films, design and architecture. Art lovers will especially enjoy the Art Museum, located in a building designed by Stéphane Beel. The building elegantly combines old and modern architectural elements.

The city also features a nice botanical garden Hortus Botanicus Lovaniensis. Founded in 1738 it is the oldest botanical garden in Belgium. Owns a large collection of plants, trees, shrubs, and tropical and subtropical plants.