Exploring the French Riviera – the most beautiful towns and beaches 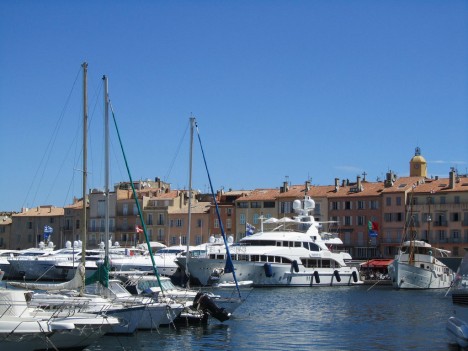 Photo licensed under the Creative Commons, created by phileole

The capital of the French Riviera Nice is the fifth largest city in France and one of the most exciting places to spend a summer on the Riviera. The city became a popular tourist destination in the 19th century thanks largely to an influx of British traveller’s seeking the warm Mediterranean sun. The beach may be largely pebbled but the city is beautiful. The Promenade des Anglais is one of the most famous sights and provides a beautiful beach side walk. The Orthodox Cathedral is well worth a visit and the medieval town centre is the perfect place for a leisurely afternoon stroll. Here you can find the remnants of the old Chateau and a rambling collection of narrow alleys and beautiful ochre houses. In terms of places to stay apartments in Nice provide you with a real sense of luxury but the many five star hotels are equally impressive and elegant.

Cannes is famous as a millionaires playground and is one of the most outwardly extravagant destinations on the Med. The May international film festival is perhaps the most famous draw for the rich and famous and tourists more generally but the town has a rich warm atmosphere throughout the year. The seafront promenade and La Croisette and the Vieux Porte around the bay are a fantastic place to while away your afternoon’s while Le Suquet which forms the central part of the old town is a fantastic series of rambling streets and medieval buildings as well as the impressive 11th century castle. Nearby you can access the popular Iles des Lerins via a brief ferry ride and enjoy some fantastic beaches. In terms of staying here in France, villas are at their most luxurious and hotels aren’t far behind. Further inland you can find cheaper accommodation and numerous camping grounds.

St. Tropez is one of the most laid back and stunning parts of the South French coast. It manages to retain village like charms despite being an incredibly popular destination. The port and surrounding streets are messy in an ever endearing way and the beautiful buildings and very traditional French culture mean that St. Tropez is one of the best destinations in France all year round. The 11th century citadel with its museum is perhaps the most interesting sight but the views are the most impressive thing about it. The town hall is fairly impressive but really the culture is the most interesting and exciting thing about visiting this town. The real pleasures for many though are the beaches with St. Tropez being in close proximity to some of the region’s most beautiful and popular beaches. In particular Les Graniers and the beaches on Baie des Canoubiers are particularly impressive.