On the southeast coast of England lies the town of Brighton, which is very popular especially as a summer resort. It is located close to London. It is a tourist centre with many hotels, restaurants and entertainment centres. You can also find lots of holiday apartments in Brighton, but this town has also a lot to offer in terms of heritage and culture. 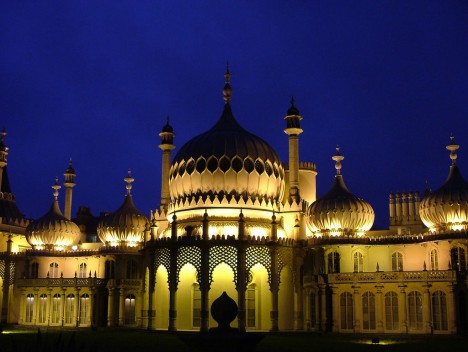 Photo licensed under the Creative Commons, created by Tomas Maltby

Originally there was a town called Bristelmestune situated on the territory of today’s Brighton, but was completely burned down in 1514 by French pirates. The first known finding of the new city of Brighton comes from 1545. In the years 1740 – 1750 there was a local doctor who started to prescribe local sea water as a medicine to their patients, which initiated the future of Brighton as a treatment center. In 1780 began the construction of Regency terraces and originally insignificant fishing village soon became a popular seaside resort. In 1841 the town was made accessible by rail, which brought the first tourists to Brighton from London. During the Victorian era was managed the construction of many important buildings, which raised population and area of ​​the city began to expand rapidly. Brighton has currently about 250 thousand inhabitants.

Now, it is young and dynamic city offering all the benefits of modern life. Brighton is a major educational center with two universities and many schools. From time immemorial it attracted actors, artists and lords, who fled here from the hustle and bustle of the capital city of London. Good location of Brighton was appreciated also by an English Queen Victoria, who built a summer residence here in 1850. For some period of time it was also a home to Sir Laurence Olivier.

Walking through the city is ideal mainly for romantic souls who will be enchanted by the picturesque nooks and winding streets. The most important and most visited monument in Brighton is undoubtedly the majestic Royal Pavilion, with its extravagance which ranked among the most beautiful buildings, not only in England but also throughout Europe. The palace is notable especially for its architecture inspired by India and interior design in the oriental style. History of the Royal Pavilion dates back to 1785. It was a time when the Prince of Wales rented a fort in Brighton. It was a place where he used to meet with his mistress, later wife Maria Fitzherbert. In 1785, they got married secretly, but the Anglican Church never officially recognized and accepted it.

In addition to the Royal Pavilion, there is another very popular attraction in Brighton – Palace Pier. It is a late Victorian pier from 1899, where you can find funny attractions, classic fairground attraction, as well as cafes and boutiques. You can also visit the aquarium Sea Life Centre, the largest in southern England, where you can walk along the seabed. There are sharks and various sea animals that live in local waters. It is worth to visit also a former fishing district Lanes or lookout point The Cliff Walk situated high on the cliffs above the sea.

In Brighton, you can also find the oldest operating electric railway in the world – Volk’s Electric Railways, which was built in 1883. Runs along the inner edge of the beach from Brighton Pier to Black Rock. One of the oldest buildings in the city is the Old Ship Hotel from 1559, but also the Church of St. Nicholas from the 11th century and church of St. Bartholomew.