Irish people adhere to the motto “There’s always reason to celebrate” and they really celebrate everything from literary attempts, up to the passion for oysters!

Here are some of the many cultural events which are held throughout the year: 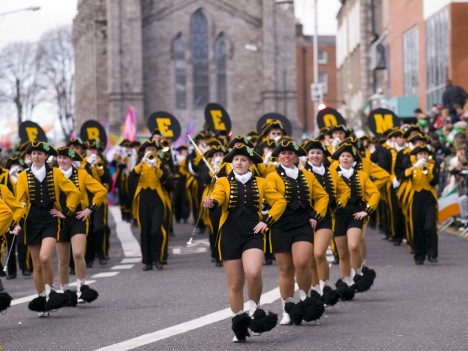 Photo licensed under the Creative Commons, created by Sebastian Dooris

Festival of St. Patrick is annually held in Dublin (it was between 16th – 19th March this year). It is Ireland’s official national holiday and the celebration is full of parties, festive malls and night performances. But you will certainly not be bored elsewhere in the country! Almost every town and village organize celebrations of this day. During the festival you can stay in one of holiday homes in Dublin however the prices can be slightly increased.

Days of the Titanic

Easter Titanic Belfast Festival in Northern Ireland is dedicated to the famous ship that was constructed in Belfast and lasts for the whole week. The festival has a busy schedule, including special exhibitions and tours through many places where the Titanic came into the world. (31st March – 19th May 2012)

The main point of the most important fishing event called Waterways Ireland Classic Fishing Festival is the race in classic fishing, which is annually attended by over 300 participants. It is held in Lough Erne, County Fermanagh, Northern Ireland (30th April – 4th May 2012).

It is one of the world’s most respected literary festivals dedicated to writers, lectures and seminars held in Listowel, Ireland. (30th May – 3rd June 2012)

The Galway Horse Races are held in Ballybrit, Galway (30th July – 5th August 2012) and are known worldwide for its quality and exciting atmosphere.

The World Fleadh (August 2012) is considered the largest festival of Irish music. You can see concerts of artists from around the world, international competitions, or great Irish dance with the largest group throughout Ireland. There are also a number of alternative street performances.

In Hillsborough town, in Northern Ireland you can participate in unique event called Hillsborough Oyster Festival (6th – 9th September 2012), which is known for great entertainment and excellent food.