Trenčín Castle – one of the most visited monuments in Slovakia

Trenčín Castle is a national monument situated on a hill in the western part of Slovakia, in the city of Trenčín. It is definitely the main attraction of the city with a population of about 56,000 and one of the most visited monuments in the region and Slovakia at all. 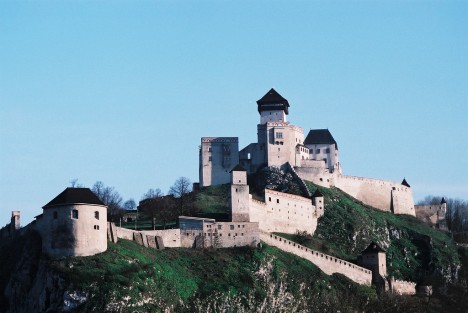 Photo licensed under the Creative Commons, created by Marian Hubinsky

Trenčín Castle was built in the 10th century. Since 11th century it was the royal castle, which not only withstood Tatar invasions, but also served as a fortress against the Turks. It was gradually rebuilt and expanded, but the castle burnt down in 1790. Its reconstruction began just after 1945.

Trenčín Castle is accessible all year-round except for Mondays. You can get there directly from the city centre by following the street leading from the main city’s square (Mierové námestie). The castle is nicely illuminated at night.

Various events are held on the castle during the summer, such as folk exhibitions, fencing tournaments, live music concerts and more. One part of the castle serves as a gallery where you can see oil paintings of local nobility, emblems and seals.

The biggest attraction of the castle is 80 metres deep well, called Well of Love. The well is excavated into the hard rock and it is said that the well was built by Turkish Omar Pasha. Stephen Zápoľský held in captivity a beautiful girl Fatima, loved by Omar, and Zápoľský promised him that if he sink a well at the castle, he will let her go. The works lasted three years and then Fatima and Omar could really leave the castle.

In Trenčín you can also find many other historical sites. It is one of the most beautiful cities in Slovakia and certainly worth a visit.