A Travellers’ Guide to Drinking in England | United Kingdom

If you visit England then you will likely be interested in visiting some of the pubs for which it is well known and sampling the culture and the beer there. Well the good news is that you won’t be spoiled for choice, and there are plenty of fantastic towns and cities in England where you can enjoy getting a drink. Here we will look at a few of the most exciting locations where you can go drinking in England, and some of the best clubs, bars and pubs you’ll find there. 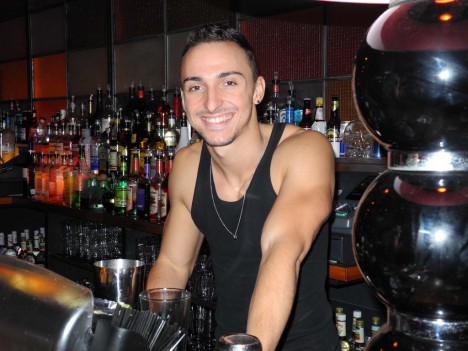 Photo licensed under the Creative Commons, created by JoeInQueens

We’ll start with Bournemouth as it’s such a popular hotspot for stag parties, and because it has such a great student population. Bournemouth is said to have its own microclimate which makes it slightly warmer than the rest of the country, and if you mix this with the nearby university and the sandy beaches you have all the ingredients for a great party town.

There are lots of great bars and pubs to try here then, and a number of cool hangouts. When you start your evening if you’d like to have some quiet drinks somewhere hip and happening then try out ‘Flirt Café’ which is in the area called the Triangle. This is a great little bar by night and café during the day which features chairs from airplanes, nicely made beds and the strangest décor you’re likely to see. You might also want to consider visiting Inferno which is up the other end by the train station which is the student union and a great place to get some cheap drinks.

Other cool bars include Sherbet and Aruba (the latter of which is on the pier and great on a summers’ evening), but from there you then have your pick of clubs including Chilli Whites, Lava Ignite and Camel Bar which is open until 6am.

Leeds is full of great places to drink, and it would be difficult to name them all here. However two great spots to seek out are Fab Café and Baby Jupiter. The former is a bar that is decorated like a science fiction palace with large figurines and models from films strewn around the place as well as a retro feel with old fashioned sweets sold at the bar and pinball machines to play, while the latter is a hidden gem – to walk down the road you’d think you were in a residential area and it’s only by going down some hidden steps that you can find this chilled out and very artistic bar. For your choice of clubs there’s lots on offer such as the Cockpit, Oceana and Mint. Look at for the pub that looks like a boat in Headingley too.

London is simply too large to find everything that there is to offer, and this can make it a little intimidating for someone trying to find their way around. The solution is to plan ahead and to know where you want to go – in which case there are various great areas to hit. Leicester square for instance is a good place to go if you want to be right in the heart of London and see some of the weirdness it has to offer and there are some good clubs here if you are into urban music in particular.

Alternatively why not visit Shepherds Bush for a smaller and easier to manage night out. Here you will be near the impressive Westfield shopping center, and this has some very trendy bars to visit which is filled with successful city-types. Following that you can then move into the main part of Shepherds Bush where you can find a Walkabout and various other clubs.

Jeet is a web master working for 1001BeerSteins.com. He has been providing all the information on their different product launches including Glass Beer Mugs with the help of his blog.