Ibiza invasion – a lot more than Nightclubs and bars | Spain

Ibiza is unquestionably an absolutely beautiful country, and you can still get an essence of its purity even today. However, the indigenous people of Ibiza have a lot to contend with when it comes to retaining their own cultures and traditions. It has always been a sought after destination, far before tourists. First it was salt, then wood, and now music. South of the island, in Salinera Española are the salt pans which for 2,500 years, have been in almost continual production. There are 26 of them, and the salt harvested here is of the absolute finest quality, thus exported all over the world. The pans have now been granted Natural Park status, due to it being a major conservation area for wild birds and Flamingos. 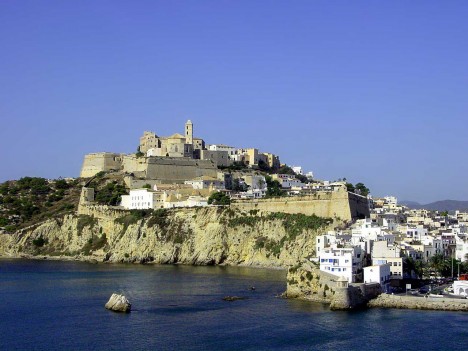 Photo licensed under the Creative Commons, created by Forbfruit

Strategically positioned between mainland Spain and Africa, the island was a highly sought after colony and trading post. Due to this it has had a turbulent past and many different leaderships. Often visited by the ancient Greeks, and ran by both the Carthaginians and the Romans. The Carthaginians founded Ibiza town, which became an important port. They also built the Salinas, which was very important for the production of the islands most valuable asset; White Gold i.e. salt.

The Romans come to Ibiza!

123BC saw the arrival of the Romans. They used the island primarily for wood and soldiers, and also learned about growing grapes and olives. Naturally they also constructed lots of roads, bridges and indeed cities, such as Alcudia. The 4th and 5th centuries saw the Vandals and the Byzantines, when the first basilicas were established. After then came the Vikings and the Moors, who were quickly displaced in 707 by the Arabs who reigned supreme for the next 5 centuries. During the Christian domination, the Muslims were driven out by the Catalans. In the 1400s, due to the marriage of Ferdinand of Aragon and Isabella of Castile, the island officially belonged to the Kingdom of Spain. There was a lot of pirate activity around this time, particularly around these islands.

The hippies come to Ibiza!

However more recently, was the invasion of the hippies in the 1960’s. Upon seeking and indeed finding this hedonistic paradise, and a culture unchanged for thousands of years, they began the traveller/tourist trend that now almost engulfs the islands past. However as with all the invasions the people of Ibiza have suffered, they vehemently hang on to their traditions. There are plenty of rural towns which remain largely untouched, and many towns have joined the ’Agroturismo’ scheme, which promotes a locally sustainable holiday experience. This is naturally a good idea, which will hopefully stop larger corporations taking over the island. That is an invasion definitely to be avoided and probably, under the surface as always, one of the biggest threats.

Ibiza – a lot more than Nightclubs and bars

As you can see Ibiza is not the new nightclub capital of the West, it is a deeply cultured and historic place, of distinct and acute beauty. It is paramount for the island to retain its culture, so if you visit it would do the place justice at least be aware.

Daryl always stays in ibiza villas and has even been known to stay in a few apartments in tenerife in his youth.