Chertsey located in Surrey, is one of the oldest towns in England. It is a beautiful town situated on the River Thames. It is also the home of the Britain’s premiere thrill capital, Thorpe Park. Whilst the theme park is a top destination for white knuckle ride lovers, it’s not the only thing to do in the area. If being catapulted up into the air at 80 mph and then flung around a corner at 3g isn’t your thing then observe the brief below to find alternative ways to enjoy your day in the Thorpe vicinity.

Photo licensed under the Creative Commons, created by Maxwell Hamilton

Chertsey was built around this abbey and was founded in 666 AD by the Bishop of London of the time. It grew to become of the largest Benedictine abbeys in England. It was rebuilt in 1110 after it was destroyed by the Danes. The building was completely destroyed after 1537 with the bricks being used to make other buildings. The monument is an intriguing historical site despite the lack of the original abbey.

This is one for all you petrol heads out there. An opportunity to get up close and personal with a plethora of vintage and current models form the luxury car making firm. Visitors over 1.5m tall can take advantage of a track driving experience which is guaranteed to thrill. Even the tinier members of the family can experience a Mercedes with a mini electric race track available. Once hunger calls, have a bite in the Gull Wing cafe which conveniently looks over the main race track. At the end of the day you can take home a souvenir model of a variety of Mercedes cars. Located in Weybridge, it’s a very short drive from Thorpe Park.

Following on from the transport theme, a trip on the Cockcrow Miniature Railway is a must for anyone visiting the area. It’s a 7 ¼ gauge railway and one of the most extensive of its kind. There are two routes you can take, a red route and a green route. Both are 1 mile long and pass through the most breath taking scenery. The Green route makes a stop at Cockcrow Hill for the engine to be turned around. Each route has its own queue designated by the relevant colour so you know which trip you are going on. 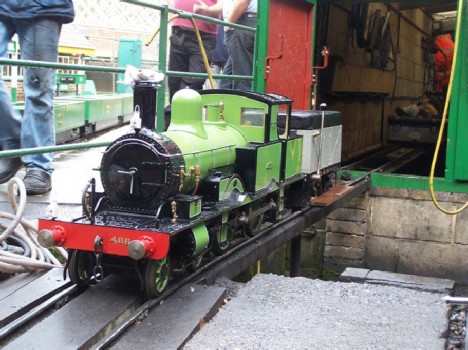 The Museum is situated in the centre of Chertsey in the Borough of Runnymead. The museum houses the Oliver Matthews Dress and Textiles Collection which highlights the various stages of British fashion, a history that extends over the last 300 years. Children under 5 years old can come along and meet Charlie the Chimp on the third Friday of every month. Parents are encouraged to participate with their youngsters. The charge is only £4.50 with siblings under 1 admitted for free.

This is a must see. Brooklands was the first motor racing circuit in the world and widely acknowledged as the birth place of aviation. There is so much to see so make sure your digital camera is on full charge. Once here visitors can explore over 30 different aircraft which are housed in the museum and stand back in awe at one of the last remaining Concords on display. There are a multitude of models of all types to see. The museum is just a stone’s throw away from Thorpe Park so don’t miss out! 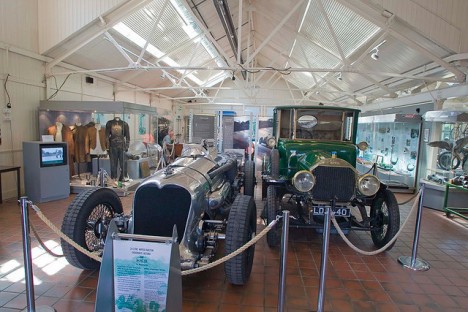 Photo licensed under the Creative Commons, created by dodge challenger1

This list of things to do (besides go to Thorpe Park) was written by Thorpe Breaks; offering you exclusive deals on all Thorpe breaks hotels and tickets.