Home » Sights » Cities » Within the Walls of Chester | United Kingdom

Within the Walls of Chester | United Kingdom

Chester has a long and fascinating history. It’s well worth going there to discover its Roman and medieval heritage. But, this unique and charismatic walled city also happens to be a great place to shop, and to enjoy food and drink. Chester is a place anyone can visit, and they won’t be disappointed. 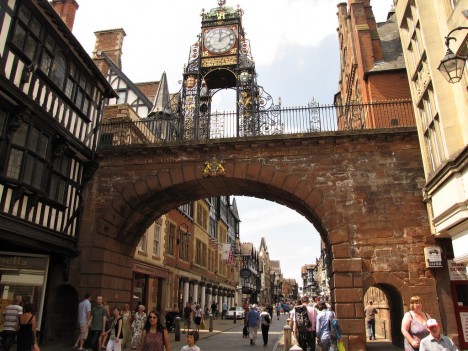 The city was established by the Romans as a first-century military base. It had a larger fortress than those built in York and other parts of the country, which suggests that Chester was meant to be the capital of Roman Britain. In any case, it was certainly a very important place, and some evidence of Roman Chester survives to this day. These include the remains of Britain’s largest Roman amphitheatre, and central Chester’s main street plan, which follows the same pattern that was laid out by its Roman pioneers.

Chester’s medieval past is more immediately visible today. This was a violent period in the city’s history, and the impressive wall surrounding Chester is evidence of this. First the Saxons, then the Normans built up its fortifications. The Normans further strengthened the city by constructing the castle, and they also carried out much of the early work on the cathedral. Today, Chester has one of the most complete city walls in Britain. Apart from a short section, the wall is virtually intact. It creates a certain feeling of calm within, and walking around the city wall is a fantastic ways to see Chester from a different angle.

Whatever aspect of Chester’s long history you’d like to learn more about, the city works hard to bring it to life for you. There are plenty of activities and attractions for children and families. These recreate moments in history, to help better our understanding of Roman and medieval times. 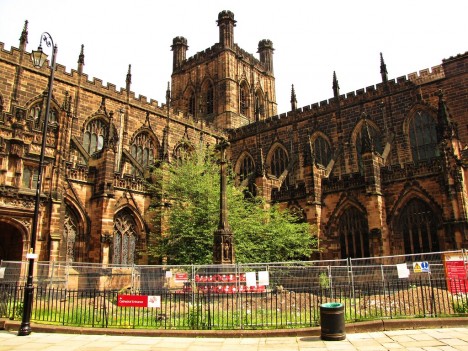 Walking through Chester’s streets, you could be forgiven for thinking it’s entirely built in the middle-ages. The shopping streets are dominated by black and white timber-framed buildings. They create a unique atmosphere. In reality, some of Chester’s buildings are medieval, but most are the product of Victorian reconstruction and revival. Authentic or not, it doesn’t really matter. The city’s streets have a wonderful charm to them.

Shopping in Chester is especially famous for what it calls the Rows. You won’t find anything else quite like these in Britain. The lower two floors of these typical black and white houses are usually commercial in purpose. The bottom floor is below street level, and there are steps leading down to the shops there. The first floor is above street level, and shops are accessed via a walkway. You’ll find all the big high street names in Chester, but the design of the Rows is much better suited to smaller shops. As a result, Chester has a thriving independent retail sector. It’s not just the atmosphere that’s unique, many of the shops are too.

When you’ve had enough of history and shopping, you won’t have to walk too far before finding somewhere to sit and have a bite to eat. Cafes and restaurants are all over the city. Sometimes they’re tucked away in quiet little courtyards, so look out for the signs. It’s also worth getting a map when you visit Chester. It’s a compact city, but it has some hidden gems. If you don’t know where to look, you might miss out on something special.