Until the Olympics arrive in England’s capital.  If you have not booked your tickets over here to watch the Olympics you better hurry up.  There is not long left until the big event.  When you get to London, it can seem a bit daunting; here are a few tips to get you safely from the airport to your accommodation. 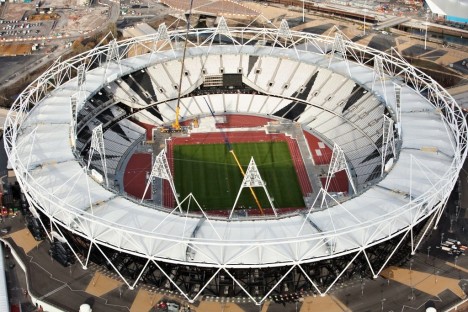 This is the busiest airport in the UK and to those who are coming from small towns and cities, it can be overwhelming.  Once you step off the plane, you will need to walk about 15 – 20 minutes until you reach immigration. Once through you go downstairs to collect your bags.  There are places where you can buy tickets to get into London. These are valid ticket sales people and if you want to get the Heathrow express train, buy a ticket.  However, you can get the Piccadilly line from Heathrow into town.  A single will probably set you back around £6.00 but it is cheaper than taking the Heathrow express, plus the tube gets you right into the centre of London.

You can also take a cab from either Gatwick or Heathrow into London but then you will need to fight your way through the traffic.

If you are staying for London for more than a weekend, it will be worth investing in an Oyster card.  When they were first introduced, the Oyster card itself was free, but now it costs £5 and you will need to add credit or “top up” as they call it in London.  A single journey with an Oyster card within zone 1 is £1.90, without Oyster it is £4.00 so you can see the advantages.  The tube system is one of the oldest in the world and with that comes small tunnels and overcrowding.  Try and avoid the tourist hotspots such as Piccadilly, Oxford Circus and Camden at peak times.

Once you have arrived at your destination, whether that is a hostel, hotel or one of the many London apartments, you are all set to start exploring this wonderful city. If you have arrived from far, you may want to put on your walking shoes and start seeing the city on foot.  Your accommodation would have left out some of the maps of London, so plan where you want to go and don’t get lost.

Robin is a travel blogger who writes about destinations and tourist attractions throughout Europe.  Robin also recommends short term accommodation, such as renting Rome apartments, staying in hotels in Paris and London.