Unusual Bridges in the United Kingdom

A bridge doesn’t have to be an urban structure that makes traffic flow easier. Let’s look at three bridges in the UK – one natural, one that sits just outside the suburbs of South East England, and one that has pride of place of one of Scotland’s most beautiful natural landmarks. 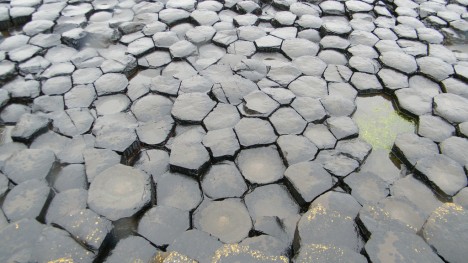 Photo licensed under the Creative Commons, created by Sean Lucas

OK, so it’s not strictly a bridge, but you can’t make a list of bridge-like forms in the UK and Ireland without mentioning the Giants Causeway.  It’s formed of about 400 interlocking basalt columns and is the result of an ancient volcanic eruption. In legend, the causeway was built by an Irish warrior named Fionn, in order to beat his Scottish challenger Benandonner. Fionn never faced his rival, but hid under a blanket and his wife Oonagh pretended that he was their baby. Benandonner is said to have seen this giant baby and fled in terror, imagining that Fionn must be huge indeed.

A viaduct is a bridge composed of several small spans. They are often used to allow for multiple types of traffic to cross across a space. They can span land or water. The viaduct at Chelmer is due for refurbishment to turn it into a greater beauty spot. The current viaduct and bridge are both due for replacement because of their great age. To remain a functioning bridge and avoid being slapped with a weight restriction, the viaduct needs to be overhauled. They will be redesigned by a leading architecture firm – turning this old viaduct into one of England’s more unusual bridges.

With a very evocative name, the Reflections Bridge at Loch Awe Scotland is situated in one of the top 5 most beautiful Lochs in the country. Loch is the Scottish word for lake, and there are very many lochs in Scotland. Loch Awe is the longest inland loch, but not the largest by surface area (that’s Loch Lomond), or the deepest (Loch Ness). It’s pretty narrow, which means that building a bridge from one side to the other is a possibility.  The Scottish lochs are known for their clear and still reflections, which makes the Reflections bridge a great place to take a camera and a must-see when visiting the North Argyll Glens.

Architectural landmarks are best when they complement nature and these bridges certainly do. Britain is known for the engineering explosion that took place in the 19th century and also for its stunning continuous coastline. There are 24 bridges in London alone and the longest of these is the Humber bridge.

Robert Jefferson is an English writer who likes writing about architecture, travel and unusual bridges.

View Unusual Bridges in the United Kingdom in a larger map