The Top 10 Theme Park Rides in the United Kingdom

Despite its notoriously rainy summers and long, cold winters, the UK is home to an impressive array of theme parks. Attracting tens of millions of visitors each year, these feature a variety of rides and shows aimed at everyone from hardened thrill-seekers through to the youngest, most timid members of the family. The country is fortunate to boast some of the very best attractions in the world – here’s a run-down of the 10 best theme park rides that the UK has to offer.

Drop towers are a standard feature of most modern theme parks, carrying riders up high up into the sky before sending them free-falling back down to the ground below. Drayton Manor’s Apocalypse, though, is no generic amusement park ride. Instead, this 5-sided monster offers three district types of experience, with riders able to choose between being seated, standing on a floor or standing with no floor at all. If the 177-feet drop doesn’t put you off, then this will be enough to draw you back for a repeat ride or two.

Oblivion, the world’s first vertical drop roller coaster, opened to huge fanfare in 1998. It remains one of the best rides at the UK’s most popular theme park, carrying guests to the top its signature, 180-feet-tall drop. There, they are held for a few agonising seconds, before plunging into a darkened pit below. The ride is occasionally criticised for being over too quickly, but few guests will be disappointed after experiencing such a stunning set-piece. 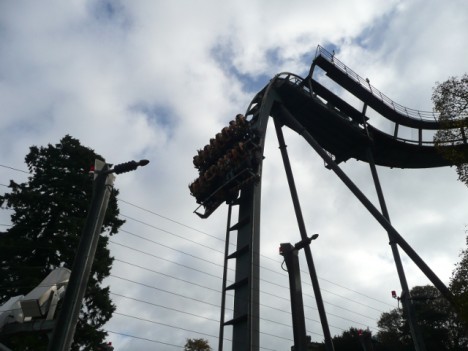 Opened back in 1991 at a cost of £5.2 million, The Ultimate is still the headline ride at Yorkshire’s Lightwater Valley. At the time, it broke the record for being the world’s long roller coaster, at some 7,442-feet-long. While it has since lost this record to Japan’s Steel Dragon 2000, it remains the longest if measured by duration (an amazing 7 minutes 34 seconds). There are plenty of thrills along the way, with the ride hitting a top speed of 51 miles per hour.

Located near London, Chessington World of Adventures is home to some of the UK’s most inventive and bizarre theme park rides. Bubbleworks is a great example, with guests boarding circular rafts to take an indoor tour of a “bubble factory”. After viewing the “Bubbleworkers” hard at work, they enter a dazzling final scene in which an array of fountains leap over the boats.

Flamingo Land doubles as both a major theme park and a world-class zoo, and the Lost River Ride combines both elements into one large-scale attraction. The first half of the ride is a leisurely boat cruise past a range of majestic animal species, including rhinos, giraffes hippos and lions. Things then get a little more thrilling, and a lot wetter, with riders plummeting down a 60-feet drop into a splash zone below. Unmissable. 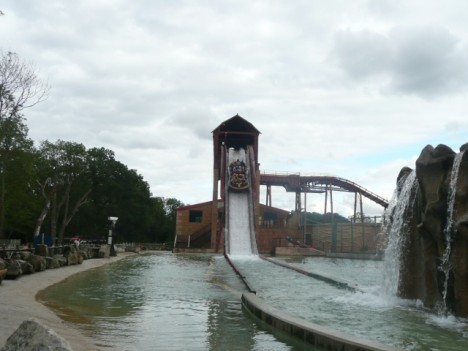 Thorpe Park’s Stealth certainly doesn’t feature the longest ride experience on offer at any of the UK’s theme parks, with coaster’s run-time coming in at just under 30 seconds (10 of which are spent cruising back into the station at low speed). Still, what it lacks in duration, it makes up in sheer spectacle, with riders being launched from 0 to 80 miles per hour in just 1.8 seconds. They then climb to the top of a 205-feet-tall tower, before racing down at a near-vertical angle towards the ground below. 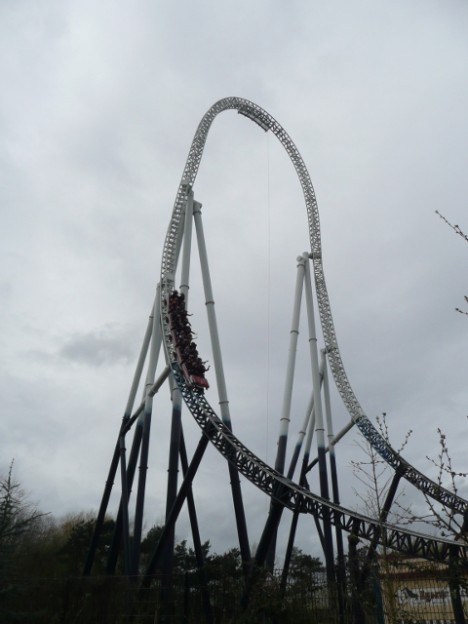 Chessington World of Adventures features a number of themed lands designed to take “adventurers” on a tour of exotic areas of the world. The Forbidden Kingdom area recreates Ancient Egypt, and is dominated by the popular Tomb Blaster ride. This takes guests on a tour of a tomb, where they must use laser guns to fend off hordes of the undead. It’s a fiercely addictive attraction, with guests always returning for “one more turn” to try and beat their top score.

The first “wing rider” coaster in the UK opened at Thorpe Park in March 2012, and places guests at the centre of an alien invasion of London. The coaster’s trains represent the aliens, with riders being carried on “wings” on either side. This enables some impressive “near-miss” elements, including close encounters with the wreckage of a crashed plane, a burnt-out fire engine and a partially submerged helicopter. 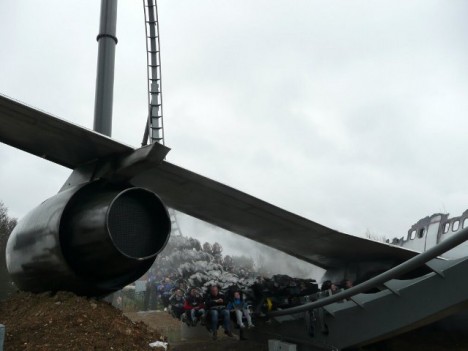 2. The Big One (Blackpool Pleasure Beach)

Dominating the skyline on Blackpool’s seafront is The Big One, the UK’s tallest roller coaster. It is the headline attraction of the historic Blackpool Pleasure Beach, which still attracts more guests than any other amusement park in the country. Riders get an incredible view of the seaside resort from the top of the 213-feet-tall lift hill, but there’s little time to absorb it before racing around the coaster’s circuit at speeds of up to 74 miles per hour. 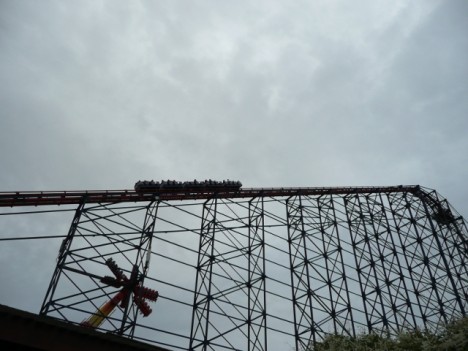 Alton Towers established itself as the UK’s leading theme park in 1994, when it opened Europe’s first inverted roller coaster, Nemesis. While the park has since installed a range of other major coasters, none can quite rival the original for sheer thrills. The ride is housed in a trench in order to overcome severe height restrictions placed on the park by local authorities, and this ensures that the scenery races past riders’ feet at close quarters. Other rides have tried and failed to top the Nemesis experience, and it remains one of the best roller coasters in the world. 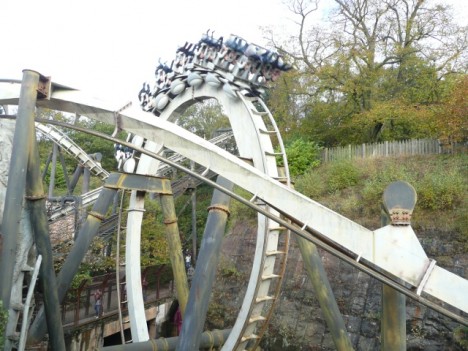 Nick Sim writes runs one of the web’s largest resources dedicated to theme parks all over the globe. Thinking of trying out Nemesis for yourself? Don’t miss the site’s up-to-date listings of all the latest Alton Towers vouchers.