Top 10 unusual attractions in the EU

I just love travelling on the continent! The EU countries have such a vast array of cultures, attractions and landscapes that I never get bored. Plus, if you use the rail Europe networks you can also get around quickly without inflating your carbon footprint or stretching your budget to breaking point. 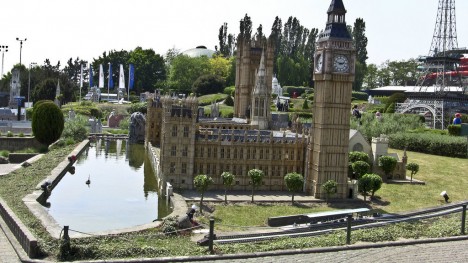 Photo licensed under the Creative Commons, created by William Murphy

My experiences when travelling in the major tourist areas of Europe have always been fulfilling but I sometimes like to explore more unusual locations. Here is my current top 10 list of the more unusual and attractive EU attractions:

Da Vinci Code enthusiasts will know that the Priory of Sion conspiracy begins in this small Languedoc village with a legend involving a priest called Berenger Sauniere. Why not visit the museum dedicated to the man at the centre of this mystery?

If you are a miniature-model collector or architecture fan, this is the attraction for you! This extensive exhibition, covering 24 square kilometres, consists of 1:25 scale replicas of key monuments and buildings in 80+ European cities. The multi-media games are also worth a whirl.

Forget the Eiffel Tower; learn the secrets of hearty French cuisine by taking a cooking lesson in an authentic Parisian home. No fancy jargon or pretentious techniques – just fun and simple but delicious food. Plus you get to eat your meal afterwards!

This quirky park began life as a housing estate for the rich and features some unusual Gaudi-designed homes. In summer, it’s great for a relaxing stroll after lunch. Visit during the week when it’s less crowded.

Florence can be expensive, so visit by train for the day. Near the rail Europe station is this little gem, a 13th century apothecary founded by Dominican monks. Packed full of unusual natural remedies and vintage perfumes, there’s also a museum and library displaying ancient medicinal texts and antique glass and ceramic bottles.

This incredible 5300 year-old mummy was found in the Tyrolean Mountains by two hikers in the 1990’s who mistook it for the remains of a dead climber. His perfectly-preserved body, similar to the bog-bodies found in Ireland, is well worth the trip, especially if you’re on your way to Lake Garda via Austria.

An absorbing, if scary permanent exhibition located at the former headquarters of the Nazi secret police, detailing some of the interrogation techniques and spy equipment used by the SS to sniff out ‘traitors’ during the Third Reich’s reign of terror. Amazingly, it’s free to the public. 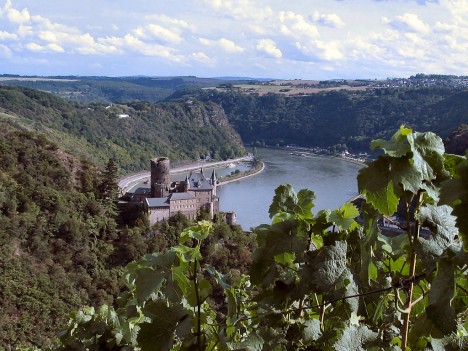 Photo licensed under the Creative Commons, created by King

Renowned for its wine farms, fairy-tale castles and breathtaking scenery, the Rhine Gorge is best visited in autumn. You’ll be just in time for the annual Rhine in Flames festival, held every September in Oberwesel, which features spectacular fireworks displays, set to music.

Prague’s special in winter. The hearty local food and beer also suits colder weather. Sip some mulled wine while wandering around the market stalls under the famous astronomical clock in the old town square.

This magnificent national park, made up of 16-tiered lakes connected via a series of waterfalls, is well worth the trek. Minerals in the water give each lake its distinctive colour, ranging from electric blue to green and grey, which vary according to the light, temperature and seasons.

« What Is the Right Age to Start Travelling?
Travelling to France – the world’s most visited country »