Exploring France in your touring caravan

If you are considering driving around France in your touring caravan, you might find the following questions and answers to help in your planning. 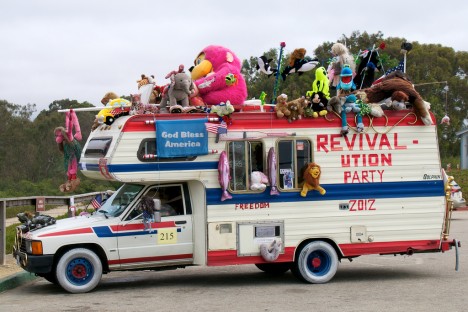 Photo licensed under the Creative Commons, created by Don DeBold

Are there any special road laws relating to caravans in France?

You might need to check this yourself because things change over time. What can be said is that the gendarmes take seriously current French regulations relating to the need for cars to carry fluorescent vests for drivers and warning triangles etc. Contrary to some myths, they also vigorously enforce the drink driving laws.

As in the UK, facilities may vary considerably from one to another. It might only be sensible to do some research prior to booking but typically the facilities are of a high standard. Note that even today, not all public water taps necessarily distribute drinking water, so watch out for signs saying, Eau Non Potable.

Generally excellent and if you have never driven in France before, you may be shocked (in a nice way) by the relative absence of traffic. Outside of Paris and one or two other major cities, traffic jams are virtually unknown.

One significant exception tends to be the very first weekend in August, which is the traditional mass exodus of urban French people to the countryside on holiday. During the two days, the major autoroutes may be very busy if they are heading in the direction of major holiday locations.

In passing, remember that most French motorways are fee-paying and you may need to budget reasonable sums, particularly if you are driving from the Channel ports to the Mediterranean and back.

Can you use free A roads instead?

Yes, these (Routes Nationals or N roads) are entirely free and typically of higher quality than many British A and B roads. Another big advantage of using the N roads is that you may get to see more of the authentic French countryside and towns as you go, than may be possible if you are going along the motorway.

Be cautious though about taking your caravan into town centres. Large numbers of French towns have ancient centres with tiny streets and roads, some of which may simply not be suitable for towed vehicles and in some cases caravans may actually be prohibited.

What about parking overnight en-route?

Very many French villages have designated parking areas for caravans, where water and waste disposal may be available. These are normally clearly signposted.

Be aware that your touring caravan insurance may preclude overnight parking anywhere other than an officially designated parking spot.

Absolutely! France remains the world’s premier destination for tourism, something that is critically important for the nation’s economy. This tends to focus people’s attention on providing facilities for people to enjoy themselves and to spend more money while doing so!

Having said that, French people are typically keen on leisure time, both for themselves and for others. They typically believe that everyone has a fundamental right to enjoy themselves on holiday and they will provide facilities, where possible, to help them to do so.

That means you can typically be sure of a warm welcome!