Home » Nature » Islands » The Canary Islands – where to go? | Spain

The Canary Islands – where to go? | Spain

The Canary Islands, also sometimes referred to simply as ‘the Canaries’ are a group of islands that are located off of the Northwest coast of mainland Africa. However, while they are located near Africa, they are in fact a Spanish autonomous community and belong to the European Union. The island are also well known for their goo weather and great beaches with great resorts for tourism. 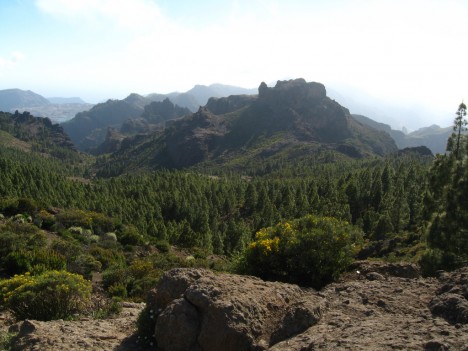 If you should head to the Canary Islands then you will be certain to have a great holiday and there are many things that bring visitors to them time after time. First of all, these islands boast incredible weather. Being just off of the coast of Africa they are very hot as you can imagine, and this makes them ideal for beach holidays and for relaxing in the sun. At the same time as islands they also have lots of beach, and many of these are great for surfers.

The tourism on many of these islands is very pronounced meaning that there is a lot laid on for anyone wanting to visit including great nightlife and clubbing, and lots of places to eat and relax. However the islands are also known for their unusual and often stunning scenery – these islands feature volcanic terrain that looks sparse and desolate and almost like the surface of the moon or Mars.

If you want to visit the Canary Islands then you have several options of places to visit:

Of the Canaries, Tenerife is perhaps the best for night life and the one most associated with clubbing holidays and nights out drinking. To this end it has a fantastic strip of clubs and activities and a hugely bustling nightlife. At the same time though it also has plenty to do in the day and has great beaches and places to eat. One of the sites of most interest for tourists is undoubtedly Mount Tiede which is a volcano you can travel to the top of. Here the volcanic terrain is perhaps at its best – and interestingly this was actually the site on which the original Planet of the Apes was filmed.

Photo licensed under the Creative Commons, created by Bill

Gran Canaria is another great spot if you’re after a good nightlife and the best spot for that is the YUMBO center which has everything you could need for a great night out. Again the island also has brilliant beaches for relaxing and even a small desert that you can trek through and get some great photos.

Lanzarote is similar to both Tenerife and Gran Canaria in terms of climate and night life, though it enjoys a slightly more muted evening out with a little less drunken debauchery (though some of that still goes on) and a marginally cooler climate due to an ever-present breeze. This makes it the Canary island of choice for those who want to relax and kick back. At the same time it is also the island with the most impressively varied landscape of all – with more volcanic terrain, as well as mountain ranges, another desert and even caves. At the volcanic region of the island you can also enjoy having your dinner cooked for you by the heat of a volcano.

Nick Ball is a web enthusiast and maintains a Lanzarote Guidebook for all his travel queries which he likes to share through his blog. The latest column added to his guide are the list of Flights to Lanzarote.

View The Canary Islands – where to go? Spain in a larger map