European cities aren’t typically known for their greenery, but Edinburgh isn’t your typical European city. Unlike many of its overseas counterparts, Edinburgh has many outdoor spaces, so if you plan to visit it’s definitely worth taking advantage of them. Here are the top three outdoor activities that we recommend: 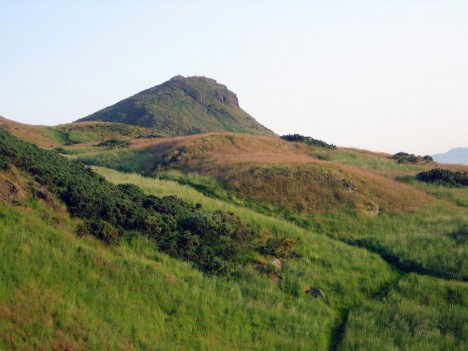 Photo licensed under the Creative Commons, created by Matt Riggott

Arthur’s Seat, the extinct volcano, is one of the defining features of the Edinburgh skyline. It is in Holyrood Park which lies close to the city centre and is one of Europe’s largest urban green spaces, containing an array of hills, lochs, glens and ridges. Lying about a mile east of Edinburgh Castle, it’s the highest point in the city and provides panoramic views over the spectacular skyline. It’s a popular walking spot among tourists and locals. Don’t be put off by its height: it’s not too steep so it’s relatively easy to climb.

Hidden beneath the streets of south Edinburgh, Gillmerton Cove is a series of underground tunnels and chambers. Guided tours of the cove are popular; a guide will take a small group down for around forty-five minutes to one hour and will explain the history and myths surrounding the cove. Entrance is £5 per adult. The attraction is very popular so it’s advisable to book in advance.

Located 1.5 miles north of Princes Street (one of Edinburgh’s main shopping streets) is the Royal Botanical Garden. The garden spans 31 hectares and is a family favourite, with plenty of benches dotted around for picnics. If you don’t fancy making your own sandwiches fear not, because the garden also features an on-site café and restaurant which provides food, and shelter for when the weather isn’t as good. Entrance to the site is free; there’s a charge to enter the specialist greenhouses but according to reviews, seeing them is worth the extra cost.

After a long day of outdoor activities why not consider staying in one of the serviced apartments Edinburgh has to offer?