Manchester Airport Hotels Are Lovely To Stop In | United Kingdom 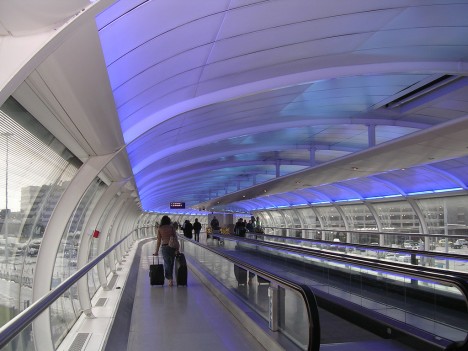 Photo licensed under the Creative Commons, created by Terry Whalebone

Very few airports in the world can handle what is known as “Code F” aircraft, but this one can, and in fact, has been having the Concorde land there for a long time. Now it even handles the Airbus A380, which is currently the biggest passenger airliner today. This plane is even a double decker besides being a wide-body.

During its time, the Ringway Airport was of tremendous importance to the RAF, and this location trained a great number of parachutists. Its various terminals have been added to since the war of course, and there is a tremendous amount of room for expansion, especially since the 1972 opening of the M56 motorway for use to reach the airport. Furthermore, since wartime, sky links and travelators have also been added.

Currently, the airport boasts three separate terminals all of which are in constant use. Also added have been special rooftop smoking terraces, many additional executive lounges as well as some great shops and of course restaurants. Evidently, the airport also has a very large World Freight Terminal that opened in 1986. Security at the airport is being handled by the Greater Manchester Police.

The Manchester Airport has its own railway station called the Manchester Airport Railways Station, and it came into use in 1993. It currently has three different rail platforms handling over 300 trains per day to take care of the huge amount of people who come to the airport by train. The airport also receives over 500 buses daily as well as over 100 coaches. There are plans to open a Manchester Airport tram station in 2016.

Because the public has always been interested in aircraft spotting, a Runway Visitor Park was opened in 2010. In addition, there is now a café and a store located there, which sells aviation-related items. A number of retired aircraft are available for sightseeing as well. Although there are a number of Manchester Airport hotel accommodation in the area, there currently is one hotel on Ringway road that also has a public house for those who wish to have a beer.

Ever since the Manchester Airport has been open, there have been very few accidents. However, in March 1951, a cargo aircraft crashed, which was caused by icing in the carburetor intakes. The captain had unfortunately failed to utilise the plane’s heat controls. In 1957, a plane on final approach crashed due to flap failure. In 1967 a plane had to abort its approach to Manchester Airport and suffered a loss of engine power and therefore, crashed. Finally, in 1969, a small plane crashed on takeoff, and in 1985, a larger plane carrying 55 people suffered engine failure due to incorrect repairs, and it failed to take off causing a fire in the cabin.

Pam is a full time freelance writer and works on guest posting projects. If you are interested in her services please contact Pam at [email protected].