A Look at Cote d’Azur in France

Cote d’Azur is known as the French Riviera in English and gets its name from Stephen Liegeard, a French writer who wrote a book on this area in the 1800′s. It is located in the southeastern regions of France. The boundaries of this region are not clearly defined. 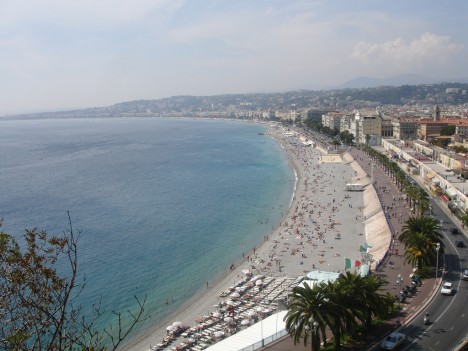 Photo licensed under the Creative Commons, created by Andrew Crump

An overview of the region

The largest city in the area is Nice with a population of about 350,000. It is a popular tourist destination among celebrities and common people alike. It features a beautiful flower market apart from its commercial port. The airport is the third busiest airport in France after both the airports in Paris. The low budget airlines have contributed greatly to the increased tourists arrivals in this region.

To the east of Nice you will find the resort of Menton, known for its lemon festival and stunning villas. Cannes, the city popular for its film festival, is also located on the French Riviera and witnesses a lot of tourist activity. Towns like Mandelie-La Napoule, located further to the west of the region, are known for their unique chateaux and marinas. St Tropez is another popular holiday destination, which is a favorite among celebrities and movie stars. Small villages surrounding St. Tropez have managed to retain a bit of their fishing village atmosphere. 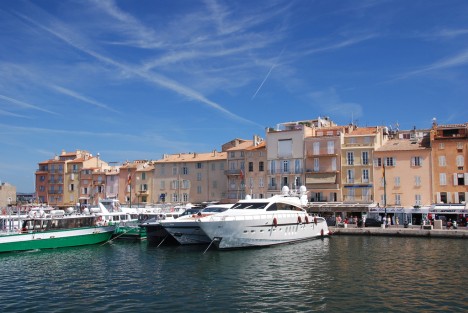 Photo licensed under the Creative Commons, created by Michael Gwyther-Jones

The French Riviera is often associated with wealth, glamorous lifestyle and yachts. But taking a stroll into the old areas may change you outlook. You will find a number of quaint towns and villages on the coast. Several of these unassuming little towns attract artists, who find inspiration in the serenity and beauty of the region. Businessmen are known to purchase Cote d’Azur Villas in France, which are primarily used as holiday retreats. Other than painting, which is seen all over the region, Cote d’Azur is also known for activities like perfumery, pottery and glass blowing.

France exhibits some of its most exquisite architecture in the villas located on the French Riviera. These properties are owned by some of the richest people in the world, many of whom are famous. Sean Combs, Tom Cruise, David Beckham and Johnny Depp are among the some of the rich and famous that own property here.

Cote d’Azur Villas in France, although expensive, are a worthy investment. The properties often include waterfront houses with private beaches with enough space for a yacht. Others are characterized by beautiful marble staircases and wrought iron grills. A large number of contemporary villas have been seen cropping up recently made entirely with chrome finished glass. This timeless destination is a hotspot for international investors, especially because of its warm sunny weather. Hiring a real estate agent can be helpful when purchasing or renting a villa as they are well versed with the local laws, tax regulations and other such rules.

Want to find out more about luxury holiday villa rentals in France, then visit Burger Davis Sotheby’s International Realty, the luxury property rental specialists for apartments to rent in Cannes and villas throughout the South of France.