Few historical figures provoke as much speculation as William Shakespeare, who would have turned 448 on April 23. His personal life, appearance, religion and whether he even wrote some of the plays attributed to him come under the kind of intense and polarizing scrutiny usually reserved for the latest super-injunction. 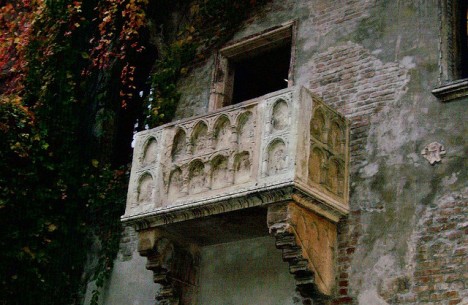 Photo licensed under the Creative Commons, created by gerry.scappaticci

One thing we are fairly certain about is that the Bard never left England. Yet it didn’t stop him mentioning foreign lands in his plays. Most of his foreign-set plays are in either Italy (Verona, Venice, Rome) or Greece, as they were the era’s cultural superpowers. France also garners a few mentions, though usually of the bloody war and deathly enemy variety.

But where else did Shakespeare dream about while penning his student-troubling plays? If this summer’s Olympics-EURO 2012-Wimbledon sports-a-thon has you reaching for the nearest book with which to cover your head and weep, then a Shakespeare inspired holiday is the perfect antidote. And don’t worry if you’re the only one that hasn’t been infected by the sports bug, solo holidays are becoming so popular that the already-annoying term ‘soliday’ has been coined. As the man himself would say, ‘To thine own self be true’.

Hamlet is Shakespeare’s blockbuster play. The darkly atmospheric tale of murder, suicide and madness interrupted by occasional outbreaks of sanity is the most produced of his works, while the role of the stroppy, angsty Prince is the most coveted amongst actors. The setting for Hamlet is Kronborg Castle in Denmark’s Helsingør. The castle was known to Shakespeare as Elsinore and is a paragon of Renaissance architecture. It is thought that a few actor friends of Shakespeare’s were travelling around Europe and told him about it upon their return.

Every August, a theatre festival is held in the grounds of Kronborg Castle, which normally features some of Shakespeare’s plays. 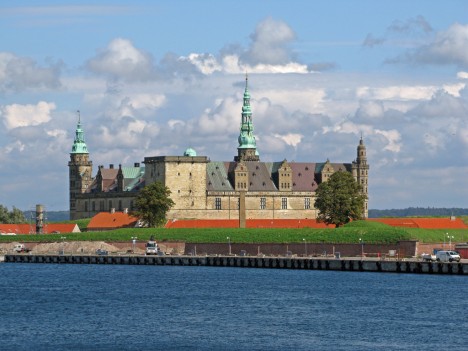 Photo licensed under the Creative Commons, created by Poom!

Measure for Measure is a dark comedy set in a grimy and morally corrupt Vienna. A holier-than-thou annoyance called Angelo decides the city must be cleansed of debauchery and sentences our hero, Claudio, to death. Claudio’s crime is that he is pretty much married but technically not. See? No? Most don’t, Measure for Measure is often derided as a perplexing and unsatisfactory failure. Shakespeare’s Vienna is leagues away from the cultural paradise of today, filled with genteel coffee houses, castles, and er, Mozart memorabilia.

The Vienna Jazz festival runs from June 29 to July 9 whilst July 6 sees The Fete Imperial, a summer ball in the Spanish Riding School.

Expect some funny looks if you say you’re sailing off to Illyria. The setting for Shakespeare’s fantastical rom-com Twelfth Night was known at the time as a real region in the Adriatic Sea, in what is modern day Albania. In Shakespeare’s day, this location was a byword for a wild and exotic land where romance and impulsivity weren’t curtailed by the British stiff upper lip. Apparently, it was also a land where people can’t distinguish between male and female twins and marrying someone of mistaken identity is a comic caper rather than a disaster. For someone who’d never been there, Shakespeare’s description was remarkably accurate; it remains largely unspoiled, with over 450km of pristine beaches and the ruggedly wild Albanian Alps.

Shakespeare revealed his understandably casual relationship with geography in Pericles, Prince of Tyre. The prince in question sails from Tyre (Lebanon), to get to Pentapolis (Libya), inexplicably stopping off in Tarsus (Turkey) along the way. He falls in love and marries Thaisa, but chucks her overboard on the way back, mistakenly thinking she died. He leaves his just-born baby daughter in Tarsus, where she later gets kidnapped by pirates. Just an average Shakespearean adventure then! The prince’s sailing route marks out an ideal yachting holiday itinerary, pinging around the south-easternmost enclave of the Mediterranean Sea whilst hopefully avoiding pirates.

The Marmaris Yacht Charter Show takes place in the Turkish harbour of Marmaris in May, while those straying further west can watch the dozens of yachting races that take place all summer around Greece and Italy.

The confusingly punctuated Love’s Labour’s Lost is set in Navarre, a region in the Pyrenees close to the France-Spain border. Basically, The King of Navarre and three of his lords vow to avoid women for three years, then promptly fall in love and change their minds. The ladies in question play what must have passed for an amusing trick at the time and depart. Love’s Labour’s Lost is thought to be the first play penned under Shakespeare’s name and proof that practice makes perfect. It’s boring. Unlike Navarre, which Shakespeare says, ‘shall be the wonder of the world’, the Pyrenees is ideal for activity holidays, with endless walking, hiking and water-sports possibilities, as well as a slew of medieval castles and monasteries.

The Festival of San Fermin runs from 6-14 July in Navarre’s capital Pamplona, with its famous running of the bulls. On June 16, the Day of the Witch festival in Zugarramurdi promises all manner of spooky events.

Biog: Laura dreaded Shakespeare at school but thinks that solo holidays to the places in his plays would have made them much more enjoyable.