The City of London is the centre of the UK’s financial industry, ranking on a par with New York City as one of the world’s most important financial centres. It is often referred to as the City and is just over one square mile in area. In medieval Britain the City was the full extent of London. Today, it is now only a small part of the metropolis but remains a notable part of central London with an average of 320,000 people primarily working in the financial and legal professions. It also has a resident population of approximately 8,000.

The City has excellent transport links with eight tube stations. It also has a huge range of hotels, serviced apartments and other accommodation options. 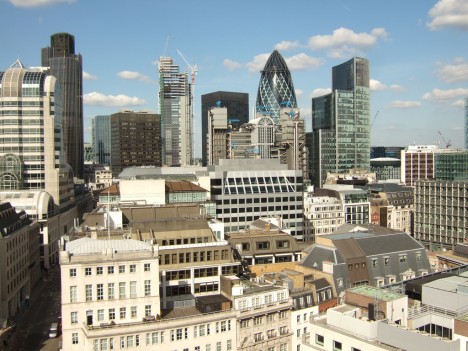 Photo licensed under the Creative Commons, created by Ben Sutherland

Canary Wharf is London’s second largest financial district, 2.5 miles to the east of the City in the London borough of Tower Hamlets. Canary Wharf forms a spectacular part of London’s skyline, with three of the UK’s tallest buildings. One Canada Square, occupied by HSBC, is the tallest of the three and provides 14,000,000 square feet of office and retail space.

Over 90,000 people work in Canary Wharf with some of the biggest names in the banking industry using the much desired location as its headquarters, including Barclays and Citigroup. Many Canary Wharf serviced apartments are within easy reach of the financial district, making them a popular choice for employees who are relocating or visiting London.

Although many hotels are present in the area, the range of serviced apartments Canary Wharf offers provides business travellers with a comfortable and luxurious stay. Slightly further east than the City, Canary Wharf will be busy during the much anticipated London 2012 Olympics. The extensive transport links in the area make it easy to travel from Canary Wharf to Stratford, or elsewhere in London. 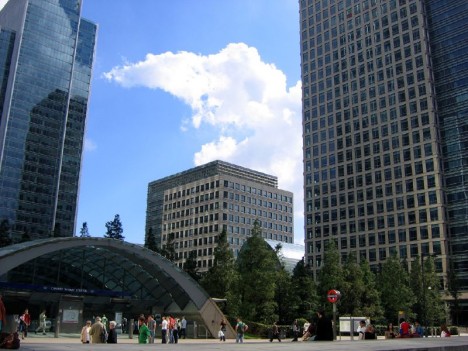 Photo licensed under the Creative Commons, created by bram_souffreau

Covent Garden may not spring to mind as a business hub, but many business travellers choose to stay here – and network here – because of its great transport links and central location. Home to a number of law and financial firms, the area also attracts businesses who want to take advantage of the extensive shopping facilities, famous theatres and mouth-watering delis. Any business traveller staying here is also sure to find plenty to entertain themselves in the evenings and weekends.

Covent Garden always has a lively atmosphere. Local pubs include The Nag’s Head and The Roundhouse which host great live music. If you are looking for somewhere to eat, the Fire & Stone Bar is excellent and offers a range of very exotic pizzas! 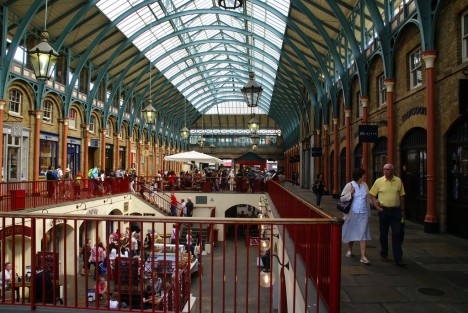 Photo licensed under the Creative Commons, created by David Baron