Some of the world’s most exciting and beautiful cities are on or close to the Mediterranean coast and Med cruises grow in popularity every year. There’s a superb variety of cruises and destinations to choose from but certain places simply must be seen. Here are the Mediterranean ports to ensure you’re visiting when booking a cruise holiday. 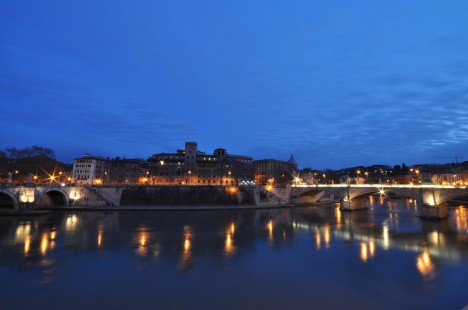 Photo licensed under the Creative Commons, created by jim crossley

Spain’s most cosmopolitan and vibrant city, Barcelona is awash with art, culture, sport and music. Gaudi’s La Sagrada Familia, the extraordinary cathedral that is still being built today, is just one of the enduring symbols of this amazing city. Its other great cathedral is the Nou Camp, the home of Barcelona FC. Hop on one of the city’s tour buses to soak up as much of Barcelona as possible so you can make the most of any stop here.

Considered by many as the jewel of the Med, Palma de Mallorca is a stunning fusion of Roman, Spanish, Catalan, Moorish and contemporary culture. Its mighty cathedral dominates the city centre where cool bars and top-class restaurants are filled nightly with the rich, the famous and the ordinary holidaymaker. Its narrow, cobbled streets are a treat, particularly for shopaholics.

The romantic allure of the French Riviera remains undimmed after decades at the top of every celebrity’s holiday wish list. Nice has stunning beaches and shopping to die for but is also a cultural oasis, too – second only to Paris in the number of museums and art galleries it has. Make time for a stroll and a refreshment on the Promenade des Anglais.

The celeb count is always high in Cannes, too, particularly during its world-famous film festival in May. This once sleepy fishing village is now one of the most glamorous spots in the world and you simply have to perch at a street café by the marina to people watch. Explore the winding streets of the old town and enjoy a spectacular view from the castle ruins at the top.

Africa meets Europe in dazzling fashion in Marseille where the sights and sounds of that continent mingle with French natives, creating a tantalising mix just like the seafood that’s mixed to make this city’s famous fish broth, bouillabaisse. Explore Roman ruins and wander through markets selling local produce and more exotic sights, smells and sounds of North and West Africa.

Mere words cannot adequately describe Rome, the Eternal City. It’s probably easier simply to list some of its outstanding attractions and give you a hint of why you must make the most of every single moment in this extraordinary place. St Peter’s Square and the Vatican, the Coliseum and Circus Maximus, the Trevi Fountain and Spanish Steps – history is literally around every corner. They say all roads lead to Rome. Make sure you’re on one.

The tiny island of Capri, off the west coast of Italy near Naples, is four square miles of stunning beauty. Take the funicular from the Marina Grande to the main town and enjoy the best Italian coffee at a café while people watching. Capri is renowned for its sky-high prices but sometimes you simply have to splash out!

The birthplace of the Italian Renaissance, Florence is quite simply art, culture and architectural heaven. Its museums and art galleries are world class, particularly the Galleria degli Uffiz, which is so busy you’ll need to book in advance. Don’t miss the Duomo di Firenze, the city’s enormous cathedral – climb Giotto’s Tower next door for the best view of the cathedral dome.

A UNESCO World Heritage Site, Dubrovnik’s magnificent city walls and Old Town survived the Balkan conflict and today this Croatian city is one of the must-visit stops on any Mediterranean cruise. Walk the city walls and marvel at the mediaeval fortress; take the cable car to the top of Mount Srd for amazing views over the city and the sparkling Adriatic beyond; and wander through the narrow streets of the Old Town, shopping for bargains.

Greece’s capital, Athens is a sprawling metropolis where the monuments of Ancient Greece nestle alongside the trappings of modern life. The Acropolis and Parthenon remain proud symbols of Greece as the birthplace of modern civilisation, while the Monastiraki district is packed with cafes, restaurants, bars and shops.