Best Parks in London for a Picnic | United Kingdom

Richmond Park is the largest Royal Park in London and spans almost 2,500 acres. It is approximately 30 minutes from central London and resembles English countryside pictures from the fabled story of Robin Hood. There are many gates for entry to the park, and the Richmond Gate is the best entry. This park features panoramic vistas of the capital, including St. Paul’s Cathedral and King Henry VIII’s Mound. 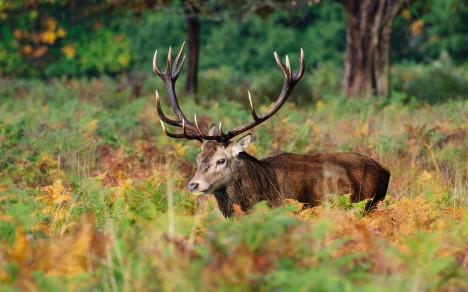 Photo licensed under the Creative Commons, created by Vince O’Sullivan

There are many paths throughout the park, and visitors can trek around the ponds and through Deer Park. One of the best areas to visit in the park is the Isabella Plantation. It is a visual wonder of magnolias, camellias, azaleas and rhododendrons. The Isabella Plantation is part of the Richmond Park Site of Special Scientific Interest and is great for birdwatchers. Redstarts, Whitethroats and Green Sandpipers are often spotted.

Richmond Park is also a great venue for sports. An area of the grassland that is north of Roehampton Gate is equipped for rugby and accommodates four adult pitches. Visitors can also rent horses from the local stables to go horseback riding through the park. For golfers, the park has two 18-hole golf courses with a clubroom and pro shop.

Inspiring the writings of C.S. Lewis, the Hampstead Heath Park has long grasslands to picnic in, woods to stroll in and ponds to swim in. The park is perfectly juxtaposed and provides scenic views of the Canary Wharf Tower, the London Eye and St. Paul’s Cathedral. In addition to swimming in the ponds, the park is set up for a number of fun activities.

There are tennis courts, golf practice nets, croquet lawns, the Butterfly House and a zoo. The free zoo has exhibits of exotic mammals and birds, including kookaburras, ring-tailed coatis and ring-tailed lemurs. The Butterfly House has enclosed spaces for close-up views of stunning tropical species and areas where visitors can study the life cycle of these beautiful insects. 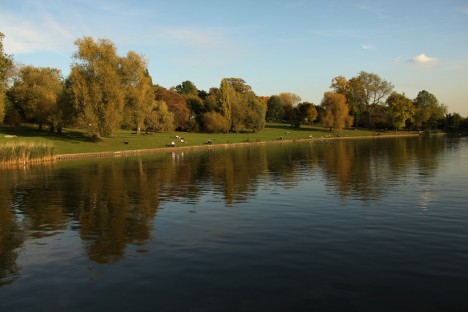 Photo licensed under the Creative Commons, created by Cristian Bortes

St. James’s Park is a lush retreat from the city and is bordered by Buckingham Palace, St. James’s Palace and Kensington Palace. In addition to scenic views of the palaces, the graceful arc of the London Eye can be admired from the Blue Bridge. Rolling lawns stretch around the sparkling lake, which is home to many pelicans, geese and ducks.

During the warmer months, visitors can take in a concert, relax in the deck chairs, dine in the terrace at the park’s restaurant or alfresco with a picnic. There are also many ceremonial parades and national events that take place at the adjoining avenue of The Mall, which can be viewed from the park. 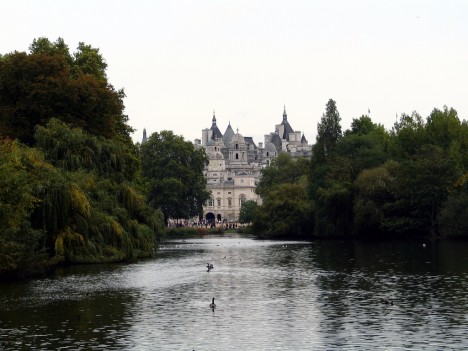 Photo licensed under the Creative Commons, created by - Simon -

This post was provided by the lovely people at hostelbookers.com. If you’re heading to London to enjoy its beautiful parks and sites book a hostel in London with HostelBookers.com