Often, the terms “ocean liner” and “cruise ships” are used interchangeably. However, though both of them are water transportation vehicles who carry passengers, there are differences between the two. To understand which the better choice for trips via marine transportation is, read on. 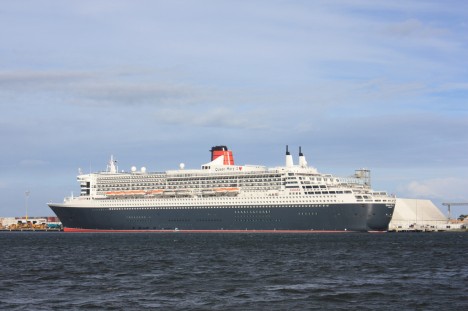 Photo licensed under the Creative Commons, created by Jan Smith

The Difference of “Ocean Liners” and “Cruise Ships”

In general, there are two main differences of ocean liners and cruise ships, first is the point of origin and last stop and second is the build.

Ocean liners carry their passengers from one point to another. Most commonly, these trips have no stops in between. Passengers get on board on point A and they get off board at point B. Cruise ships on the other hand take passengers from point A, but do not leave them on point B. Passengers of cruise ships still have point A as their last stop. In the duration of the trip, passengers get to visit several destinations depending on the itinerary of the cruise trip.

These passenger ships also differ greatly in build. Ocean liners have heavier and thicker hulls. These ships use more steel to withstand the tough conditions of being in the middle of the ocean. Cruise ships have a hull with sleek designs.

Which Is Better For Traveling?

This question can be easily answered depending on the type of travel the passenger has in mind. If the passenger wishes to go from one place to another via marine transport, choosing an ocean liner is more practical.

Ocean liners travel on a faster speed compared to cruise ships and this makes ocean travel from one point to another faster. Cruise ships, from the term “cruise” itself, go about in a slower pace. This sets a more relaxed feel for passengers since cruise trips are more of a luxury and recreational experience.

Both ships have the amenities which passengers need for extended journeys. But when comparing the comfort, cruise ships tend to provide more comfortable rooms for the passengers. Ocean liner passenger cabins can be very minimal since the ship is built mainly for travel and basic accommodations are given. Cruise ship passenger cabins can be more spacious and decorated to set an atmosphere of relaxation.

Cruise ships can be compared to small cities floating on the ocean. They have boutiques, restaurants of many different themes, facilities like gyms and spas, and they even have swimming pools. These are provided for the entertainment of the passengers. While ocean liners may also have such amenities, they are not as numerous or grand as those on cruise ships.

Travellers who wish to experience ocean travel can go for ocean liners, while those who want to have fun and lavish experiences can go for cruise ships.

Visit Smart Cruiser to find the best cruise deals and tips on affordable and cheap cruising.