I am still deciding where to go for my upcoming trip. It will be my first time to visit Spain! Many people would probably choose Madrid or Barcelona without thinking of any other possibilities, but I am an active hiker and might enjoy going somewhere different. After mulling over the question for the last couple of months, I decided to go see the Sierra Nevada. It’s a group of mountains at the very bottom of Spain. 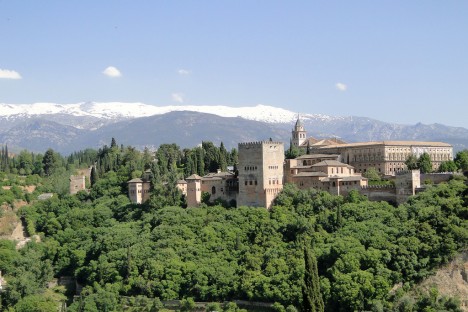 Photo licensed under the Creative Commons, created by Adam Jones

I think April will be a good time, before it gets too hot. The closest major city is Granada. I’ll be flying there, maybe with a break in Barcelona. Granada looks to be stunningly beautiful. I am staying two nights in the city and it will probably be in the Parador de Granada, although the Hotel Casa 1800 Granada is supposed to be very picturesque.

From Granada I could head by bus to Capileira, which is a small town that sits at the foot of Mulhacén, the tallest mountain in Spain. There is a Microbus service there. It takes travelers up the mountain on days with good weather. It’s actually becoming a rather popular tourist destination, so I’m not concerned about it being too isolated. I’d rather walk up the mountain, though. Apparently it’s not that difficult and doesn’t require any climbing equipment, just normal hiking gear.

I could take the bus to Beas de Granada (east of Granada). There is a fantastic one-way walk that leads back into the center of Granada. It’s supposed to be one of the best hiking experiences to be had in the Sierra Nevada. The route is about 30 kilometers atop a broad ridge, which might be a little long for me. I’ve also been warned to hike this path in May at the latest due to the heat. 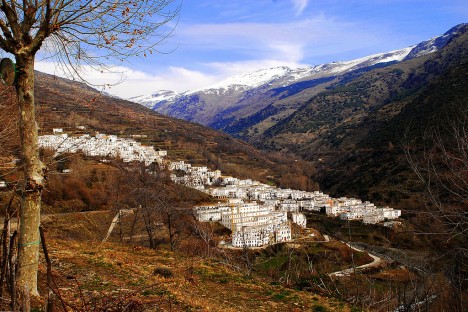 Photo licensed under the Creative Commons, created by Andrew Hurley

Another option is to travel in June or July. I could go from Granada to Trevélez (which is on the eastern side of Mulhacén) to climb the path to the Seven Lakes, but any earlier in the year and there’s too much snow. Most of the climb isn’t too difficult and I’ve heard that the waterfalls are amazing. It leads up to a place called the Seven Lakes (Siete Lagunas). I’m probably going to choose this one.

There’s actually quite a few other hikes, like a hard one called Vereda de la Estrella. I could also hike from Capileira to Trevélez, but not in winter. There’s so many choices!

One of the other great activities that you can do around the mountainous countryside of Spain is mountain biking. The hilly terrain and dry conditions lend themselves perfectly to this pursuit and there are no rules against doing this.

This article was written by John Davies who enjoys blogging for Thomson Al Fresco holidays. He has travelled around most of Europe, camping with his family most of the way and he enjoys nothing more than sharing his experiences with other bloggers and travellers alike through guest posts.

« Traveling With Your Pet in Europe
3 Reasons To Go On A Taxi Tour Of Belfast | Northern Ireland, UK »