If you’ve ever thought of taking a vacation in Ireland, you shouldn’t limit your travel to the main island. The country includes numerous smaller islands, each one more scenic and historically significant than the last. You could spend your entire vacation going from one Irish island to another and still not see everything there is to see. Their beauty will inspire you for years to come, which is why the islands of Ireland should be among everyone’s favorite places to see. Following are a few Irish islands worth exploring. 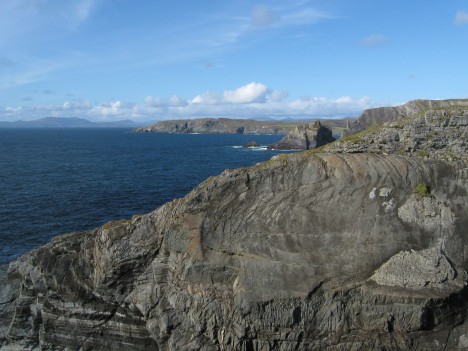 Photo licensed under the Creative Commons, created by Jessica Curtin

On a Clear Day You can Visit Cape Clear
Even if it’s not a clear day, a visit to this southernmost island of Ireland is a great getaway. The island of Cape Clear, also known as Clear Island, is a small island southwest of County Cork with a population of about 100 people. The inhabitants speak Irish and English so it will give you the opportunity to experience the native culture and language. The island is accessible by ferry or by private boat.

Stop at Nearby Sherkin Island
Sherkin Island also lies southwest of County Cork, near the southern tip of Ireland. It is a small island in Roaringwater Bay that is only about 3 miles long and 1.5 miles wide. It is a quaint place with a population of approximately 100 people. A visit to Sherkin Island will provide you with the chance to interact with the local people and take in Ireland at its finest.

Go North to Tory Island
Known in the Irish language as Oilean Thoraigh, Tory Island is a small island off the northwest coast of County Donegal, near the northern tip of Ireland. Most of the 130 or so people that call Tory Island home speak Irish as their first language, but can understand and communicate in English. You can reach Tory Island via a ferry which runs daily from April to October and five times a week the rest of the year. 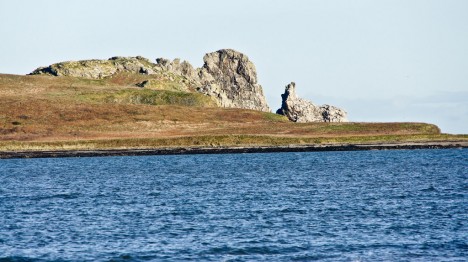 Photo licensed under the Creative Commons, created by William Murphy

Keep Your Eye on Ireland’s Eye
Formerly part of the City of Dublin, this small uninhabited island lies just offshore in County Dublin. It is located directly north of Howth Harbor, a small peninsula on the north side of Dublin Bay. A stroll around the island will reveal its history in a Martello Tower and an 8th century church. There are also natural attractions to explore, such as ‘the stack,’ a huge free-standing rock on the northeastern corner of the island.

You Must See Beautiful Garnish Island
Garnish Island is a local name for a 37-acre island in Bantry Bay, in the southwestern part of Ireland. It is also called Ilnacullin, which means ‘isle of holly.’ The island is famous for its beautiful gardens and is a popular attraction for horticulturists from around the world. It has also been featured on numerous television shows highlighting the beautiful trees and shrubs.

Visit the West Coast and See Achill Island
The largest island in Ireland, Achill Island is located on the west coast, in the northwestern part of Ireland, County Mayo. Due to its size and location, Achill Island has the distinction of being accessible by means of a bridge from the mainland. It has a population in excess of 2,700 people. Achill Island is a quaint place with a number of small villages to explore. The island, which is comprised of 87% peat bog, has a history dating back to 3000 B.C. 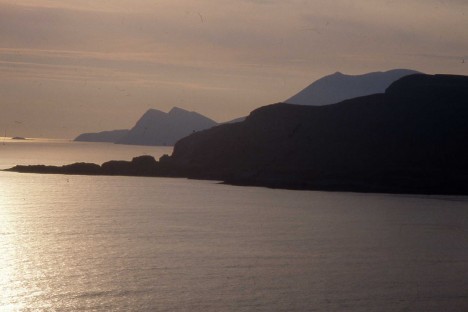 Photo licensed under the Creative Commons, created by Felix O

Go Southwest to Bere Island
Bere Island, also known as Bear Island, has a history going back more than 2,000 years. It is a small island in Bantry Bay, west of County Cork, in southwest Ireland. The population of Bere Island exceeds 200 people. It can be reached by ferries that carry foot passengers and light vehicles.

See Dursey Island While You’re Nearby
Not far away is a small island that has only about a dozen wintertime residents. Dursey Island is the westernmost island off the southwestern tip of the Beara Peninsula, in County Cork. It is connected to the mainland of Ireland by the country’s only cable car. Riding the cable care is one of the prime attractions for visiting Dursey Island.

Visit the Popular Inis Mor Island
Inis Mor Island is one of Ireland’s most popular tourist destinations and is a must see for any visit to Ireland. It has a tremendously rich history and resembles an outdoor museum. It is the largest of the Aran Islands off the western coast of Ireland and boasts more than 50 monuments of Christian, pre-Christian, and Celtic heritage.

View 10 Irish Islands Worth Exploring in a larger map