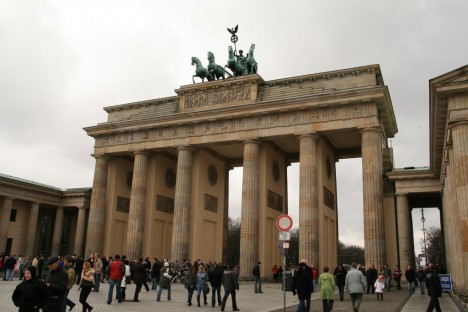 Located near the boulevard of Unter den Linden, the Brandenburger Gate was built around 1780 serving as an entrance to part of an old wall that once surrounded the city. Today the gate is the only remnant of the former wall. Designed to resemble the gate entrance into the Acropolis of Athens, the Brandenburger Gate has been the setting of much history. After being damaged by WWII bombings, the historical gate structure was later the scene of much celebration and peace in 1989 after the fall of the Berlin Wall.

Constructed in 2004 to remember the genocide of six million Jews by Hitler and his Nazi regime, the memorial is situated in close distance to both the Brandenburger Gate and the remains of Hitler’s bunker. The memorial is built with 2,711 slabs of stone, all designed in a wavering, unstable pattern to reflect the insecurity of the Nazi era.

A designated UNESCO World Heritage Site, the Museum Island is located near the Spree River. The Museum Island is composed of a group of five museums that began with the Altes Museum in 1830. The other museums include the Alte Nationalgalerie, the Neuses Museum, the Bode Museum and the Pergamon Museum. These museums feature recreated villages, reconstructed buildings and many ancient artifacts such as the Pergamon Altar, the Ishtar Gate, the Altar of Zeus and the bust of Egyptian Queen Nefertiti. Museum Island is in close proximity to quality dining, shopping and apartments in Berlin. 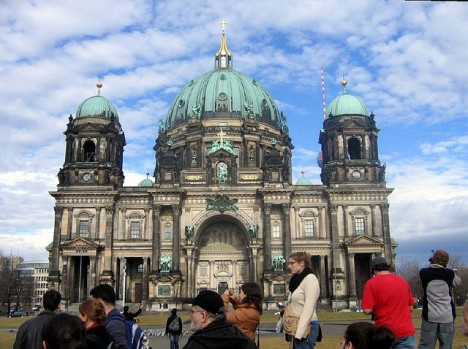 First erected in 1961 by the Russians as a barbed wire fence and later replaced by the high wall, the Berlin Wall was built to serve as a barrier between communist East Germany and democratic West Germany. The decline of communism resulted in the fall of the wall in 1989 with cheers from around the world. Most of the wall has since been demolished with some sections still surviving in different locations where people can visit such as at Reichstag and Checkpoint Charlie. With many Berlin accommodation rentals nearby, visitors can feel right at home during their stay in Berlin.

There are many different places to stay when travelling round Europe.  A lot of companies offer short term accommodation rentals in Berlin, Rome, London and you can even rent apartments in Paris.

« Enjoy some private time in Seville | Spain
A Guide to Bass Rock in Scotland, United Kingdom »