The Best Attractions in Rome | Italy

The capital city of Italy, Rome’s charms are a unique mix of richly historical monuments and grand contemporary culture. This blend of past and present has made Rome one of the most popular tourist destinations in the world and a must see for any visitor traveling to Europe. It is also centrally located within the country, so day trips to other well known Italian cities such as Venice, Naples, and Florence are only a few hours away. 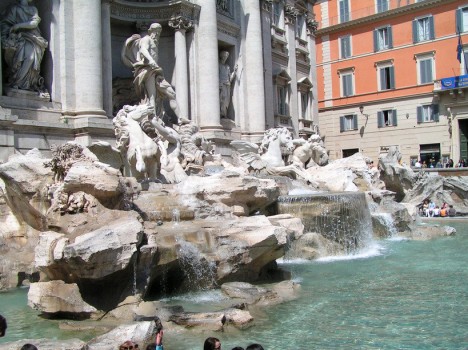 Once in Rome, the options for entertainment are endless. Those that prefer their vacation with a side of history will, no doubt, want to stop by the Colosseum. This ancient elliptical venue was the site of famous gladiator contests and seated 50,000 spectators. Partially ruined today, it still stands as an iconic image representing ancient Roman times.

One of Rome’s more distinctive features is that a separate city resides within its borders. Vatican City, home to the Pope, has a population of only 800, making it the smallest independent state in the entire world. While it was not officially established as an independent nation until 1929, Popes have resided in that general area since 1377. Some of history’s most important art can be found in Vatican City, including Michelangelo’s famous Sistine Chapel.

Italy is known for its pasta and Rome is no exception. In fact, the National Museum of Pasta is located in Rome and alfredo sauce was invented by a Roman chef in 1914. After a day of sightseeing, be sure to hop into a local restaurant for a wonderful selection of pasta dishes. Le Mani restaurant in Tratesvere has some great reviews for its pasta.  It is different from other trattorias (eating establishment in Italy which is less formal than a restaurant) in Rome as it offers dishes not normally found in trattorias. Le Mani is so popular, it is always busy, so booking ahead is a must. It can get very crowded.

Rome has a wealth of hotels and hostels, depending on length of the visit it might be more economical to consider renting one of the many Rome apartments available in the city. Renting one of the apartments offers travelers the luxury of having a home away from home, more space than a hotel room while also having the option to cook meals instead of constantly eating out. A simple online search for Rome accommodation rentals will bring up a list of possible options for renting Rome apartments.

There are many different places to stay when travelling round Europe.  A lot of companies offer short term accommodation rentals in Berlin, Rome, London and you can even rent apartments in Paris.

View The Best Attractions in Rome Italy in a larger map

« What to Do When You Visit the Algarve | Portugal
Travelling Checklist »