So you’ve booked a holiday in the picturesque county of Dorset and rented out one of its Dream Cottages to ensure you enjoy premium comfort whilst on your stay, but what do your itinerary with? Depending on the time of year, Dorset has so much to offer in the way of things to do and see. Here are ten of the best.

The Dorset County Show held within the outskirts of Dorchester presents a glorification of Dorset’s celebrated and often romanticised relationship with the great outdoors.

Starting life in 1841, this two-day event held during the twilight of summer blends modernity with rural tradition to deliver agriculturally themed activities, events and competitions the whole family can enjoy.

Highlights include a collection of the nation’s finest famers showing off the spoils of their labour in much the same way as they would have over 170 years ago; as well as enough parades packed full of animals and machines to occupy the minds of even the busiest children.

Read more about The Dorset County Show at dorsetcountyshow.co.uk

Based on the exhibition of our national heritage, The Great Dorset Steam Fair provides a prism from which we can discover how our ancestors lived and worked during the dawn of the industrial age. Traditionally held at the village of Tarrant Hinton, this extravaganza covers 600 acres of showground and is now regarded as one of the finest of its kind anywhere in the world.

The fair’s scale and scope means its attractions are not solely limited to the steam engines that give the fair its name. Whether you are into food, music, animals, fairground rides or just soaking up the vibe of a vibrant atmosphere, there is something for all ages to behold at The Great Dorset Steam Fair. 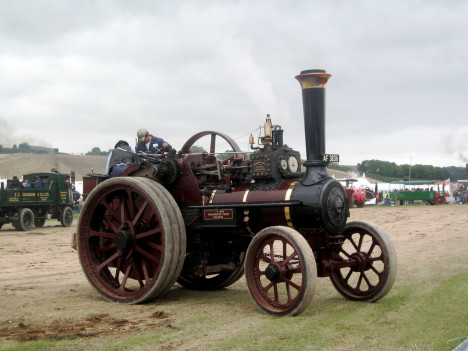 Read more about The Great Dorset Steam Fair at gdsf.co.uk

Founded in 1991 by James Sheppard, The Larmer Tree Festival has since grown from strength to strength, and is now considered to be among the leading family orientated festivals in the UK; winning the best family festival award at the UK Festival Awards in 2008. A five-day celebration of music and the arts; the festival is situated within the glorious Larmer Tree Gardens- leisure grounds built by Augustus Pitt Rivers during the Victorian age.

Read more about The Larmer Tree Festival at larmertreefestival.co.uk

Taking place at Lulworth Castle, Camp Bestival is run and organised by BBC Radio 1 DJ Rob Da Bank, who also runs the Bestival festival in the Isle of Wight.

The fact that Camp Bestival won the UK Festival Award’s best family festival in the successive years of 2009 and 2010 after the Larmer Tree Festival, adds weight to the body of evidence proving Dorset is the king of events based on family fun. A point reinforced by the almost exhaustive list of things for children to do at last year’s event. Additionally, the variety of live acts that have performed in recent years also makes attractive reading for music fans. 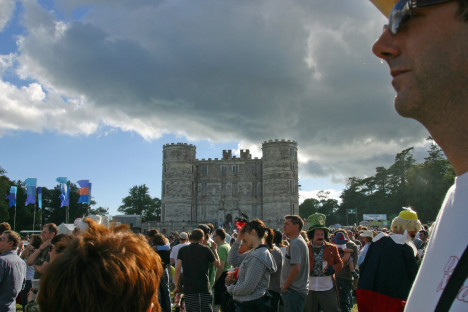 Held over Bournemouth’s idyllic coastline, this air festival revels in showcasing some of the best aeronautical engineering and piloting ability from home and abroad, including the RAF’s world renowned Red Arrows.

However, perhaps the most eye-catching display the festival has to offer are the dusk displays. Here the planes light up the sky just as the sun begins to set.
In addition to the planes are several music venues and exhibition areas, including a Wave 105 sponsored stage at Boscombe Pier that often attracts a host of big names in the world of music. 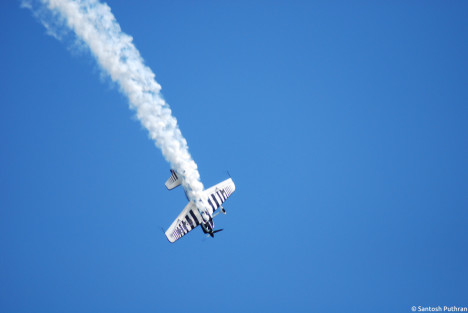 Read more about The Bournemouth Air Festival at bournemouthair.co.uk

Set against the backdrop of a beautifully quaint village, the Sturminster Newton Cheese Festival provides a real taste -both literally and figuratively- of Dorset.
The festival is home to over 60 stalls allowing you to sample some of the finest cheeses in the world. If that is not enough to satisfy your taste buds, each cheese can be washed down with the aid of locally brewed ciders and ales that serve a refreshing change to the homogenised pints on sale found in the majority of pubs.

Entertainment is provided in the guise of live music, morris dancing and a Punch and Judy show to ensure that the Sturminster Newton Cheese Festival provides one of Dorset’s best and most popular shindigs.

Bonfire night annually provides a vast array of firework displays that jostle for people’s attention. But what sets Kingston Maurward’s display apart from the others is the setting, taking place within the English Heritage registered gardens of a large Georgian house country house.

The fireworks are set off above the garden’s beautiful lake, so that the reflective quality of the water magnifies their effect. The colour and spectacle that this creates instils a sense of awe children and adults alike that lasts long after the display has ended.

Situated in the town’s square, the Bournemouth Christmas Festival offers plenty in the shape seasonal cheer and spirit. Taking its inspiration from traditional German ‘Weihnachtsmarkt’ markets the festival that stretches from mid-November to early January and features delicious German cuisine at its heart. New to this year’s festival is an Alpine chalet style bar that serves a selection of the highest quality German beers and mulled wines.

In addition to food from Germany and the rest of the world, the Bournemouth Christmas Festival offers visitors the chance to buy gifts for themselves and others from a selection of world-class vendors.

There is nothing quite as equally surreal and joyous as seeing a giant penguin or a twelve foot octopus take to the sky, and the Weymouth Kite Festival offers both these things and more in abundance.

Taking place on the May Bank Holiday Weekend every year, the festival takes advantage of Weymouth’s sea breeze to show off a weird and wonderful range of kites that bring delight to the masses of revellers that descend on the seaside town to witness the spectacle.

10. The Dorset Knob Throwing Competition – May

This one may raise a few eyebrows, but the “Dorset Knob Throwing Competition”, situated in the village of Cattistock, is about as Dorset-esque as it gets. For those that don’t know, a Dorset Knob is a hard and dry savoury biscuit made by the Moores Biscuits company.

Besides the throwing competition, Dorset Knobs are used in a variety of competitions including knob darts and knob eating. The Frome Valley Food Festival runs also runs in conjunction with the competition and features a range of locally produced food including meats, cheeses and pies to sample.

Read more about The Dorset Knob Throwing Competition at
dorsetknobthrowing.com

If you have been to any of these events or wish to suggest an experience the list missed, please do so in the comments section below.

Dorset patron and Festival veteran Gavin Harvey pulls on his own experiences to share his opinion on the 10 annual events in Dorset not be missed.

« Trogir – one of the best preserved European medieval places
From Andalucía to Catalonia – Which Spanish Region Should You Holiday In? »