Home » Spain » From Andalucía to Catalonia – Which Spanish Region Should You Holiday In?

From Andalucía to Catalonia – Which Spanish Region Should You Holiday In?

The land of tapas, paella and sun; Spain is an ever popular choice with travellers. Whilst most visitors flock to the popular beach resorts like the Costa del Sol, there is much more to this sunny country. With a varied landscape that includes sandy beaches, arid planes and mountains there are a multitude of areas worth visiting. From Andalucía to Catalonia we consider what some of the best Spanish regions have to offer. 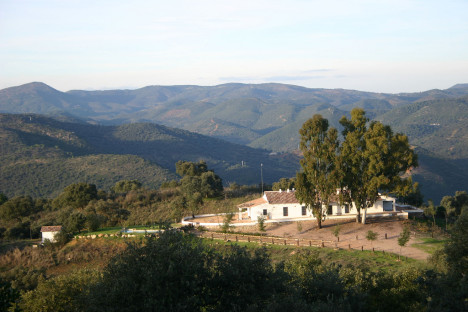 Andalucía is often praised as one of Spain’s most vibrant regions with its white washed hill towns, city carnivals and flamenco dancers. This is the destination for you if you want to soak up the Mediterranean attitude and have the choice between sandy beaches and mountains.

Andalucía is famed for its tapas. The Spanish national dish has originated in the provinces’ city of Seville. A trip to this region simply wouldn’t be complete without eating at a traditional local tapas bar. Just as eating a croissant in Paris it’s simply part of everyday life. Try a bar like La Giralda in Seville to get a real taste of the areas culture.

If you want to soak up some sun, head to the region of Costa De La Luz. Translating to the ‘coast of light’, there’s no better place to catch some rays. The area is home to an almost continual beach with white sands stretching for miles. 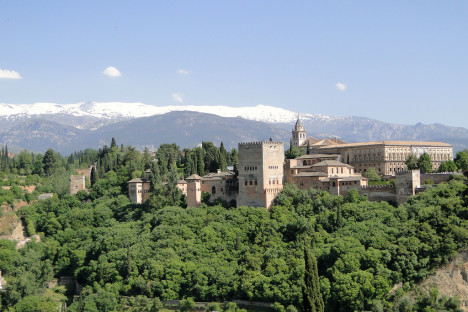 Alternatively, you could head for the Sierra Nevada. Its towering snow-topped mountains couldn’t be in greater contrast to the regions’ coastal areas. In winter skiing is available and there are mini bus trips along Europe’s highest road. The city of Grenada also boasts one of Andalucía’s most impressive monuments the Moorish palace and gardens of the Alhambra.

Catalonia is home to one of Spain’s biggest tourist draws – Barcelona. Famed for its architecture and lively Mediterranean vibe, the city is well worth a visit. Park Guell is a beautiful spot not to be missed. Designed by the famous Gaudi it’s jam-packed with colourful modernist works, and has stunning panoramic views of the city. 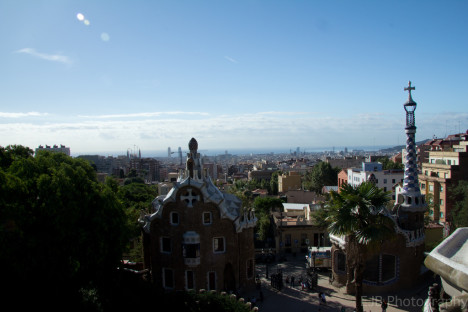 Barcelona’s star attraction is another of Gaudi’s works, the Sagrada Familia. It’s difficult not to be impressed by this giant basilica that has been under construction since 1882. Covered in intricate details it is an ambitious project to say the least.

Make sure to head to one of the city’s famous flamenco shows during your stay. The traditional Spanish dance is particularly popular in Barcelona and makes for a great night out. 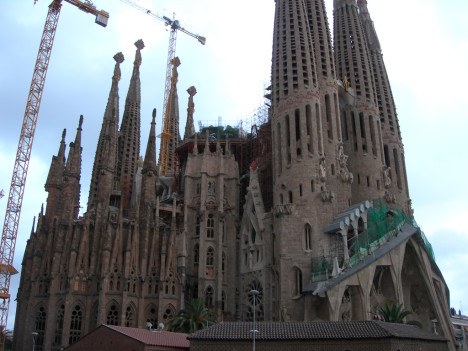 However, there is more to Catalonia than its most famous city. When you’ve had enough of the bright lights, head to the rural areas where you’ll find Catalan spoken and traditional Catalan food. The coastal areas north and south of Barcelona are well worth a trip, as are the regional towns such as Girona, Tarragona and Lleida.

If you’re more of the adventurous type, the Catalan Pyrenees offer a perfect isolated setting for skiing and hiking. The rivers in the areas’ Noguera Pallaresa valley also cater for adrenaline junkies and provide the ideal conditions for white water rafting. 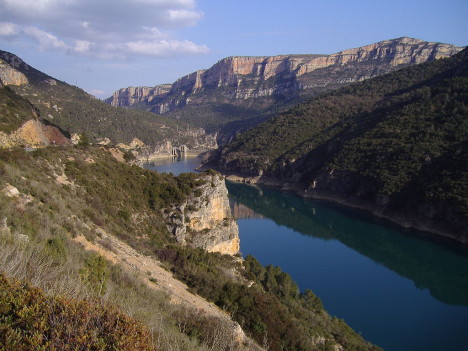 Camarasa reservoir in the Noguera Pallaresa river by El monty

Galicia offers an alternative experience for travellers to Spain. It is much less touristy than other regions, but still has plenty to offer. Characterised by rolling green hills, this is the area to head to, if you’re looking for peace and quiet.

Like many of the more popular regions of Spain, Galicia has no shortage of beaches. The beach of As Catedrais in the Rias Altas, near Ribadeo was recently voted as one of the most beautiful beaches in the world. It certainly lives up to its title with white sand, towering arches, and unusual rock formations. 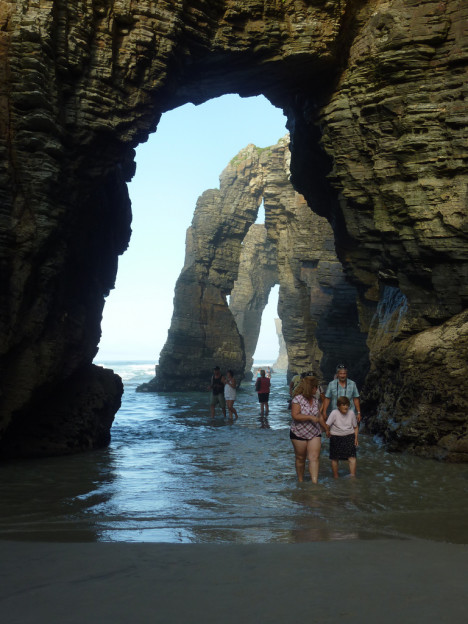 As Catedrais Beach by Linda Hartley

Galicia is a foodies heaven, famed as having the best wine and sea food in Spain. The city of Vigo is the place to head if you’re looking for top quality, freshly caught produce. You’ll be spoilt for choice by the endless array of tapas bars and restaurants serving delicious mussels, oysters, and fish.

An internationally renowned wine-producer, a trip to Galicia has to include a tasting of one of the regions wines. The area is best known for its Rias Baixas which is a crisp, aromatic white.

Spain’s varied landscape of rolling hills, mountains, beaches, and arid plains has something for everyone. If you shop around you can find lots of Spanish hotels, at good prices, outside of the major resorts. For your next holiday try one of these hidden gems.

Gavin Harvey is a fitness instructor who loves travelling. He currently lives in Bristol with his partner.