Most beautiful lakes in Austria 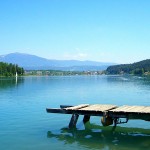 Faaker See or Lake Faak as it also called is an alpine lake which is located in the Austrian state of Carinthia. This is the fifth largest lake in Carinthia state, with a surface area of 2.2 km². The clear turquoise water that makes up this lake is what brings so many vacationers and bathers […] 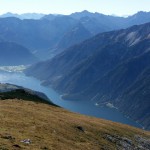 You will find the emerald green lake known as Achensee between the Rofan and Karwendel mountains in the majestic Achental valley. It is considered to be the largest lake in the entire country. The lake itself covers more than 6.8 square kilometres of the Austrian countryside. There are public beaches and easy access to the […]

The lakes of Salzburg state | Austria 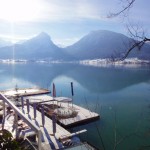 Over 600 lakes decorate the landscape of the Austrian state of Salzburg, making it an extremely attractive holiday destination. Many times, when people think of the Salzburg Lake District, the first thing they think about is the Salzkammergut, which only in part belongs to Salzburg. Where millennia ago, glaciers majestically overlooked the ice age region, […]

Seegrotte in Austria – the largest underground lake in Europe 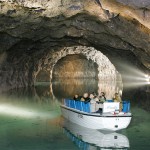 Not far from Vienna, in the village of Hinterbrül, there is the cave system with the largest underground lake in Europe – Seegrotte, covering an area of 6,200 m². It is not a classic natural cave but the former gypsum mine. In 1912, the ceiling fell down and mine was flooded with 20 million liters […] 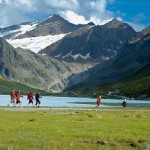 Rifflsee Lake is the highest situated lake in Austria, located at an altitude of 2230 meters. This alpine lake is one of the most visited places in the Austrian Gletscherpark area (the area south of Innsbruck). Rifflsee Lake is accessible only by cable car from the town of Mandarfen. The cableway takes you to the […] 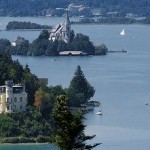 Lake Wörthersee is the warmest lake in Austria. It is located in the Province of Carinthia. The area around Lake Wörthersee is also called Austrian Riviera. The water temperature in the reservoir reaches 24 – 28 °C during the summer months. Near Lake Wörthersee you can find other lakes, which are much smaller. They are […]