5 Top Places to Visit in Belgium 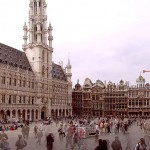 Belgium is a beautiful country nestled in the heart of Europe with a long history, many great cities and it’s a thriving European centre of culture. Many thousands of tourists flock to Belgium every year to take in its sights, sounds and to sample Belgium’s world-famous food and drink. There’s so much to do that […]

Belgium – chocolate, lace and something more 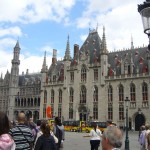 Belgium is a beautiful and typical West European country, relatively small sized but densely populated, divided into three main regions: Brussels, Flanders and Wallonia. Belgium is the home for the refined chocolate, beer, waffles and lacework. You will certainly be enchanted by the remarkable architecture of the country, by the impressive design of the buildings, […]

Visit Brussels and Soak up the Culture | Belgium 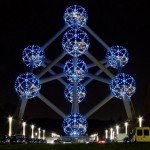 Our seemingly insatiable appetite for sightseeing has made the short city break a hugely popular activity for tourists from all over the world, and the widest choice of suitable destinations is surely in Europe. There are several locations such as London, Paris and Venice which attract the most impressive numbers of visitors, but there is […] 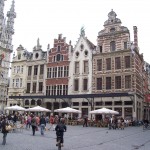 Approximately 30 kilometres west of Brussels, lies the town of Leuven, which is particularly famous for its university and local beer. It is an administrative center of the province of Flemish Brabant. It covers an area of 56.63 square kilometres and is home to about 90,000 inhabitants. Photo licensed under the Creative Commons, created by […] 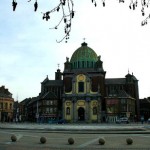 Belgian city of Charleroi is situated at the banks of the river Sambre in the province of Hainaut, the westernmost part of Wallonia, located about 50 kilometers south of the capital city of Brussels. It has about 200,000 inhabitants and was founded in 1666. Due to its geographical position in the industrial region, focused especially […] 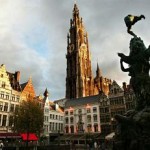 Renowned for being the diamond capital of the world, Antwerp is the second largest city and municipality in Belgium. It’s also the capital of the province of Flanders. But more than anything else it’s a truly fascinating place to visit; a cosmopolitan place full of beautiful architecture and historical buildings. The old city centre is […]

Bruges – Venice of the North | Belgium 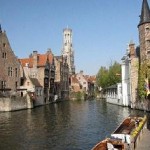 Belgian city of Bruges is often called “Venice of the North“. A number of canals cross the city and can even connect to other cities. Sailing boats on the canals of the river Reya has become a very popular tourist attraction like in Venice. The city has also a cultural and historical value and since […]