While there are many places to see in around the Czech Republic, nothing can quite compare to spending a day at the Natural Park Šebeň. This natural park is truly a unique rarity in Europe. It is said that there are thousands of ant hills located under every single tree in the park; and as […] 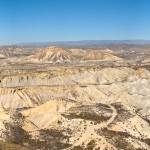 Situated in the southeastern portion of Spain, you will find one of the few deserts in all of Europe. The Tabernas Desert covers an area of 280 square kilometers and sees less than 200 millimeters of annual rainfall. Due to the fact that it is surrounded by mountains on all sides, it never sees the […] 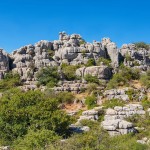 The El Torcal de Antequera is a Spanish nature reserve which is located just outside of the city of Antequera. It is a very popular destination in Europe on account of its most unusual transformations. It was back in 1929 when the area was first designated as a site of national natural interest, but was […]

Peklo (The Hell) – National Natural Monument in the Czech Republic 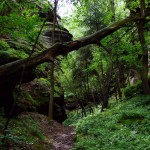 Czech National Natural Monument called Peklo (means The Hell in English) stretches in 4 km wide area between the village of Zahrádky and the city of Česká Lípa, in the northern part of the Czech Republic. Peklo is situated in the valley, which is up to 60 meters wide in some parts. The rocky chasms […] 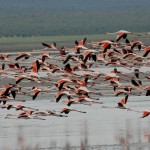 It was back in 1988 when a 1,364 hectare parcel of land just outside of Andalucia was first designated as a preserved area in order to help protect one of the largest colonies of pink flamingos on the Iberian Peninsula. Today, the Fuente de Piedra Lagoon is not only home to the largest colony of […] 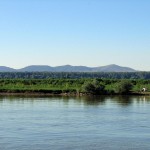 Perhaps one of the most famous rivers in all of Europe is that of the Danube River. And although the river meanders its way through much of continent, it is in the nation of Romania, where one can find the Danube Delta where the river flows into the Black Sea. The Danube Delta is considered […] 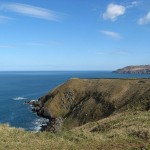 Along the eastern coastlines of Scotland, you will find the rocky Siccar Point jutting out into the sea. At the top of the point, an ancient hill fort was built. Known locally as a dun, the ruins are a popular tourist attraction in the area. Access to Siccar Point is not all that easy. The […]