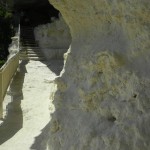 Aladzha Monastery is located about 15 km north of Varna and 4 km from Golden Sands. Its name comes from the Turkish word “colored”. It has a color associated with both the limestone rock in which the building was built, and apparently with colorful murals that emerged in the early Middle Ages, probably in the […] 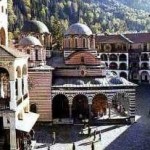 Rila Monastery is the largest and most famous Eastern Orthodox monastery in Bulgaria. It is located in the heart of Rila Mountains, 117 km south of the capital city Sofia in the deep valley of the Rilska River at an elevation of 1,147 m above sea level. Rila Monastery was founded in the 10th century […]