Best castles in the Czech Republic 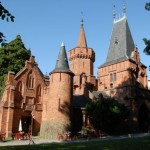 Chateau Hradec nad Moravicí is a popular tourist site in the Czech Republic. Architecturally very attractive castle complex includes outbuilding Red Gothic castle with a fortification wall and White Tower. The whole area is sensitively set into the natural landscape park. Photo by zamek-hradec.cz Slavic people settled at this place already at the end of […] 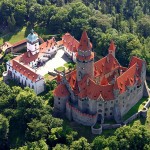 The present appearance of Bouzov castle dates back to its massive Neo-gothic reconstruction during the late 19th and early 20th century. But the first written mention of the castle comes from 1317, when it was owned by aristocratic Bůz of Bludovec family. This medieval castle often changed owners and its appearance. Margrave Jošt built the […] 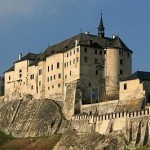 The Gothic castle Český Šternberg is considered one of the best preserved castles in the Czech republic. It was built around the year of 1241 on a high rocky promontory above the river Sázava by Zdeslav of Divišov’s. He gave it the name Sternberg after his coat of arms, bearing the golden star. The Gothic […] 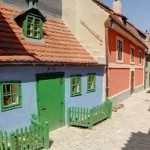 Golden Lane (or Zlatá ulička in Czech) was created after the construction of the northern ramparts of the Prague Castle, in the 16th century. The area of northern moat was used to build decent homes, which are now the last remains of the small-scale architecture from the Middle Ages and the Renaissance in Prague Castle. […] 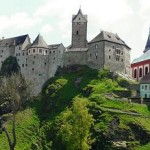 Nestled in a bend of the Ohře River, Loket is a gorgeous place with a chocolate-box-style town square. Loket was also used to portray Montenegro in the 2006 James Bond film Casino Royale. Loket has 3 000 inhabitants and it is located in the Sokolov District in the Karlovy Vary region of the Czech Republic. […] 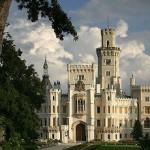 Karlštejn Castle – the most visited castle in the Czech Republic 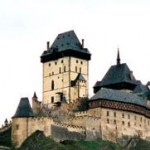 Karlštejn Castle is located approximately 30km west of Prague. It is one of the most beautiful castles in the Czech Republic. Construction of the castle was completed in 1365 under the reign of Holy Roman Emporer Charles IV. There is a very nice national forest around the castle with some very nice hiking. Nearby in […]