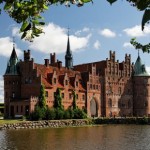 Egeskov Castle (Egeskov Slot) is located in Denmark and is considered the best preserved and also the most beautiful Renaissance water castle in Europe. This cultural and historical monument is the second most visited place in the island of Funen. The castle is situated in the southern part of the island, between Svendborg and Odense […]

Frederiksborg Palace in Denmark – the largest Renaissance palace in Scandinavia 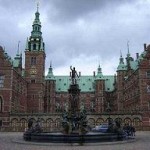 Magnificent Frederiksborg Palace (or castle) is situated on the shores of the lake Slotsø near the town of Hillerød. King Christian IV. began with the construction of the Renaissance chateau in the early 17th century. He built a beautiful palace with the castle church. By 1840 all Danish kings were crowned there. On the walls […] 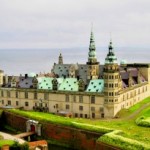 If you take the ferry from Helsingør to Helsinborg, it’s hard to miss the fortified castle of Kronborg at the coast. It became famous mainly because its corridors and rooms were used for William Shakespeare’s tragedy Hamlet. It is known as Elsinor in Shakespeare’s tragedy. That’s why the most of tourists are from England. The […]