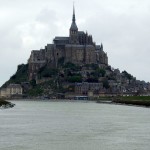 You will find the rocky island of Mont Saint-Michel situated only one kilometer off the coast of France, in the middle of the Couesnon River Delta. It is here where a Benedictine abbey was constructed during the medieval period; and still stands today as a testament of time. Long before the construction of the abbey […] 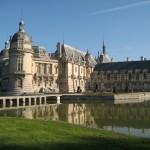 Beyond its mares and millionaires, Chantilly is rich with cultural charm, bustling cafes, perfect porcelain and exquisite art. You don’t have to be horse-crazy to appreciate the drowsy charm of this elegant provincial town, but it helps. Just north of Paris is an attractive, apparently sleepy little town with lots of short people and lots of tall […]

Château de Chenonceau – the second most visited castle in France 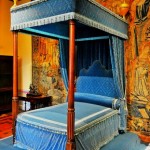 Château de Chenonceau is one of the most elegant castles in France. It is situated in the Loire valley, approximately 240 km southwest of Paris. It is popular among visitors for its magnificent architecture and beautiful surroundings. Photo licensed under the Creative Commons, created by Gilles Messian Château de Chenonceau, in comparison to the other […] 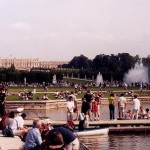 One of the most famous monuments on the European continent is also the French Palace of Versailles (Château de Versailles), which was built in the 17th century by King Louis XIII as a hunting lodge. Soon after that the entire French elite began to come here for the lavish hunting. A major reconstruction of the […] 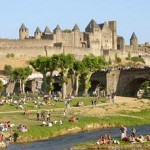 Carcassonne is a city with great history, admired by some people, cursed by others. It is also a theme of a great board game Carcassonne that is often played by many enthusiastic players. Let’s travel now through the places which inspired this game. City of Carcassonne lies on the river Aude in the southern part […] 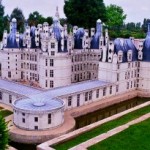 Le Château de Chambord lies in France approximately 180km south of Paris. This marvelous castle came into existence several centuries ago. Le Château de Chambord is the ensemble of conventional French architectural ethos in right combination with classic Italian architecture. However, researchers are not sure who designed this castle. To give concrete shape to this […] 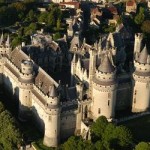 Pierrefonds Castle (Château de Pierrefonds) is a nice picturesque castle located in France, about 80km north-east of Paris. The old castle was built on the place of today’s castle in Pierrefonds already in the 12th century. This great military strength has undergone a number of refurbishment over the centuries as well as its owner changed […]