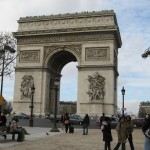 Arc de Triomphe is after the Eiffel Tower one of the major landmarks and symbols of Paris. It dominates the western end of the famous Parisian Avenue des Champs-Elysées and is a symbol of French national pride and also the second largest triumphal arch in the world. Photo licensed under the Creative Commons, created by […] 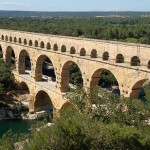 The basic requirement of life is water and regular water supply and its transport is an absolute necessity for a living. Since ancient times people knew this and tried to transport it as easy as it was possible to the human houses – so they began to build aqueducts. Most impressive and largest aqueduct at […]

Millau Viaduct – the tallest bridge in the world | France 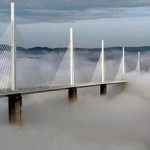 When you drive through the French A75 highway which connects Paris with Barcelona, you cannot miss the technical gem in the form of the highest bridge in the world – Millau Viaduct. The bridge crosses the valley of the river Tarn in southern France and was designed by French bridge engineer Michel Virlogeux in collaboration […]