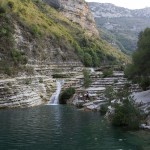 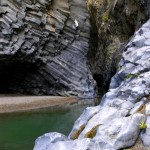 Alcantara is a river flowing through the mountains of Nebrodi in Sicily. In its lower part flows through an impressive gorge. River got its name from the Arabic word al-Qantarah, which means bridge. During the colonization of this area was the river also called Assinos, Onobalas or Asines). Photo licensed under the Creative Commons, created […]