Top Sights to see in Rome 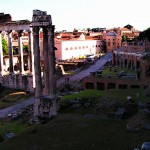 The heart of ancient Rome is formed by its oldest part – the Roman Forum (Foro Romano in Italian or Forum Romanum in Latin). Here you can find many important buildings of the ancient Rome. In antiquity the area was the center of all events, used mainly by politicians. Photo by Claire for Best of […] 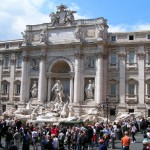 Family vacations are the best part of the year. To spend time surrounded by the closest and most loved people in your life is something that can not be compared to any other experience. When there are kids in the family things can get a little tough. There is much to be planned and predicted […]

Piazza Navona – most beautiful and busiest square in Rome | Italy 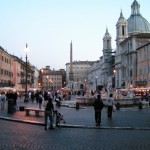 Piazza Navona in Rome is considered by many as the most beautiful square, not only in the capital of Italy, but throughout the world. This bustling area, having the shape of an ellipse, shows two thousand years old history of Rome to its visitors. It copies the original stadium Circus Agonalis, which was standing here […]

Rome – 3rd most visited city in the EU 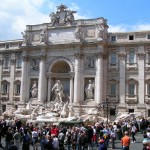 The ancient city of Rome is perhaps the most recognized city in all of Italy. It is the third most visited city in the entire European Union today as millions of people make their way to the city to view its archeological treasures, the countless museums, churches and of course the Vatican City. Trevi fountain […] 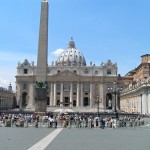 It was back in 1929 when the Vatican City was first established within the city of Rome. The walled city which is also known as the Holy See only consists of 44 hectares but is none the less a sovereign nation. With less than 600 citizens, the Vatican City is the smallest country in the […]

The Alternative Side to Rome – Not As You Know It

Caught in the headlights of so many architectural wonders, visitors to Italy’s capital city often overlook the secret side of the Eternal City.  But if you’ve had enough of the Colosseum, St. Peter’s, and the Trevi Fountain, we’ve found some lesser-known attractions that show you a completely different Rome. The Keyhole of the Priorato di […]

A Traveler’s Must Do Guide When Visiting Rome | Italy 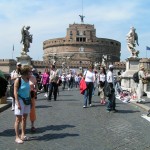 Rome is one of the world’s most endearing cities. A must see destination for any traveler; Rome beckons any visitor with its timeless beauty. Visiting all the must-see places the city has to offer is just not possible if you’re only stopping for a few days. This might be the only time you’ll ever have […]