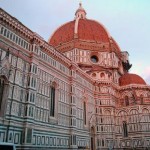 Religious heart of the city of Florence, which is known as the European Capital of Art, is certainly the Piazza del Duomo. It is a place where you can find magnificent Basilica di Santa Maria del Fiore, known simply as the Duomo or Florence Cathedral. It is essential symbol of this Italian city, hiding masterpieces […] 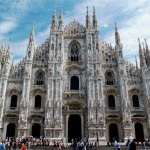 In the heart of Milan stands huge dome, one of the largest Gothic cathedrals in the world – Milan Cathedral (Duomo di Milano). At its widest point measures 92 meters and is 157 metres long. Construction started in the 14th century under Duke Gian Galeazzo Visconti, but finished up by more than 500 years later. […] 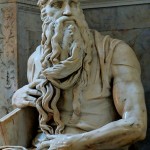 San Pietro in Vincoli (Saint Peter in Chains) is a three-aisled basilica located in Rome, Italy. It is supported by twenty ancient columns and was founded in 442. Over the centuries has undergone many reconstructions and modifications. The building itself would not be so interesting, but it houses magnificent statue of Moses made by famous […] 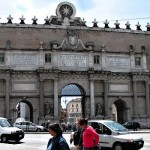 On the edge of a Roman Piazza del Popolo you can find a Renaissance church of Santa Maria del Popolo. The square and the church was named after the parish, which stood here in the Middle Ages. The interior of the church hides real treasures, therefore you should include also this church into your tour […] 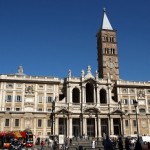 Basilica di Santa Maria Maggiore in Rome was founded in the year 420 on the site, that was addressed to some superior force. In the summer of 358 the snow started to fall here magically, and marked the platform of the future church. Now believers commemorate this event every year on 5th August. Basilica di […]

Leaning tower of Pisa – a famous landmark in Italy 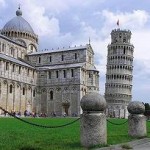 Just few cities in Europe and indeed in the whole world, gained such fame thanks to one building, as the Tuscan city of Pisa. By this building is obviously not meant anything other than the famous Leaning Tower. For a long period of its existence it has become not only a symbol of the city, […]