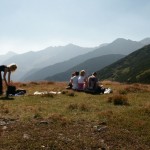 Roháče is just one part of the Western Tatras, the major mountains in Slovak Republic. Roháče (about 260 km²) is part of TANAP (Tatranský národný park – High Tatras national park) since 1987. Core mountain massif is composed of granite and crystalline rocks, formed in the Palaeozoic. Roháče is a very popular destination for mountain […] 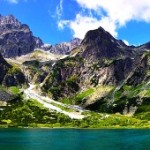 Zelené pleso is a lake in the High Tatras mountains located in the glacier basin at Kačacia dolina valley in Slovakia. It is situated at an altitude of 1575 m. Zelené pleso lake covers an area of 2,58 ha. It is 200 m long and 170 m wide. Its maximum depth is 4.1 m. Zelené […] 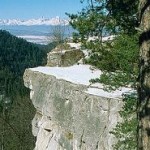 Tomášovský výhľad (Tomas’ view) is a rock terrace cliff situated at 680m above see level which offers amazing view of the mouth of Biely creek and Hornád river. During the good weather it is possible to see the peaks of High Tatras – the most important moutain range in Slovakia. This rock cliff is one […] 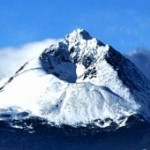 Gerlachovský štít (Gerlach Peak) is the highest peak in the High Tatras mountains, and also in Slovakia. It rises to 2655m. Thanks to relatively good access and beautiful mountain surroundings with great nature and views, Gerlachovský štít is one of the most visited peaks in High Tatras. The first ascent to the summit took place […]

Popradské pleso – one of the most popular places in Slovakia 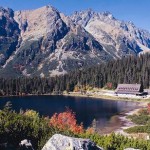 Popradské pleso (1494,3m above sea level) is a mountain lake and lies in the western part of the High Tatras mountains in the middle of Mengusovská valley. Popradské pleso became the starting point for many tourists to the Rysy – a group of three peaks (the middle at 2,503m; the north-western at 2,499 m; and […] 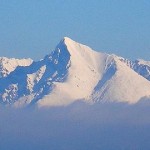 Kriváň is one of the highest peaks in the High Tatras Mountains and one of the most famous tourist destinations in High Tatras National Park. It is located in Slovakia near the Polish border, in the region of Prešov. Its elevation is 2494,7 m. Several ridges begin on this peak. The best for hiking are […]