Most beautiful cities in Slovakia 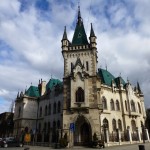 Košice is the most beautiful city in Slovakia, a metropolis of Eastern Slovakia and the second largest city in Slovakia. Together with the French city of Marseille, it is an European Capital of Culture in 2013. The once-forgotten town somewhere in the far eastern border of the EU is becoming a European city. Jakab’s Palace, […]

Banská Bystrica – one of the most beautiful cities in Slovakia 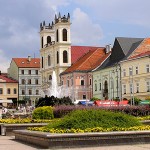 One of the most beautiful cities in all of Slovakia is that of the city of Banská Bystrica which can be found right in the middle of the country and as such it forms a heart of Slovakia. Banská Bystrica is a university town full of young students and therefore it offers countless attractions that […] 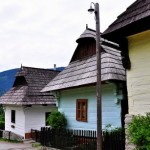 Slovakia is known for its picturesque villages with traditional houses and folk architecture. One of those villages is so unique that it has even got on the UNESCO World Heritage List. Photo licensed under the Creative Commons, created by Janos Korom Dr. I am talking about Vlkolínec, which is now a part of the city […]

Prešov – a birthplace of many famous Slovak singers | Slovakia 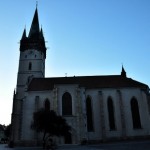 The city of Prešov is situated in Košice basin and is surrounded by Slansky hills and Šarišská Highlands. Through the city flows Torysa River and cross major international roads and railway lines. Prešov features Observatory and Planetarium where you can enjoy a variety of audio-visual programs, lectures, video projections, exhibitions, but also observing the evening […]

Nitra – the oldest city in Slovakia 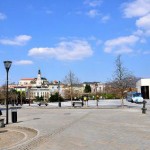 Nitra is the oldest and currently the fifth largest city in the Slovak Republic (82,661 inhabitants). It is a modern city with a rich cultural and business life. Photo licensed under the Creative Commons, created by Janos Korom Dr. The largest and most visited monument and landmark of the city is Nitra castle (Nitriansky hrad) […] 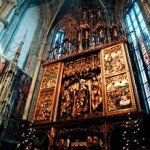 Levoča, is thanks to its historical monuments, one of the most important cities in the Slovak Republic. Levoča is a charming medieval town with approximately 15.000 inhabitants. The historic center is surrounded with walls built already in the 13th and 14th centuries. Master Paul’s Square is the largest preserved medieval town square in Europe. More […] 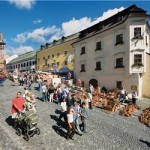 One of Slovak sights which are included in UNESCO World Heritage List is a town of Banská Štiavnica, lying in the valley of Štiavnica Hills. Its growth and wealth are linked to the mining industry, mainly in the mining of silver and gold. Evidence of this is the city’s coat of arms, fortifications and mining […]