Best Castles and Palaces in Spain 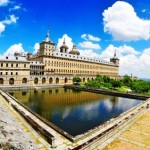 Less than 50 kilometres north of Madrid lies the magnificent royal residence of El Escorial, which belongs to one of the most popular and visited attractions in Spain. About half a million visitors come here every year to admire this wonder of world architecture. Photo licensed under the Creative Commons, created by Arturo R Montesinos […] 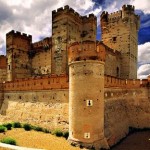 La Mota Castle, or Castillo de La Mota is a renovated medieval fortress named after the hill, where it stands – La Mota. It is located in the town of Medina del Campo, in Spanish province of Valladolid, approx. 150km from the capital city of Madrid. The castle is a great dominant of the whole […] 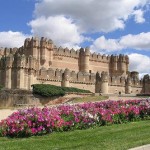