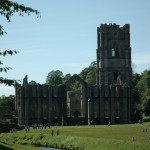 History lovers with a penchant for architecture will find all they could ask for in the Yorkshire Ridings. From the fabulous Fountains Abbey in the north of the county to the mysterious Kirkstall Abbey in the west and Beverley Minster in the east – strangely there is no South Riding – the heritage of centuries […] 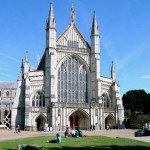 Winchester Cathedral is located in the city of Winchester, in England. It is considered to be one of the greatest churches in the world. It is also the most magnificent cathedral in the whole England without any doubt. The beauty of this cathedral is enhanced by the setting of the magnificent streets of Winchester. It […]

St. Paul´s Cathedral – one of the major landmarks of London | United Kingdom 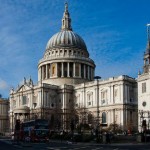 St. Paul’s Cathedral is one of the major landmarks of the British capital of London and has a completely sovereign status among the all church buildings. It is also the second largest religious building in the United Kingdom (after Liverpool Cathedral), whose unmistakable dome inherently belongs to the eastern part of the city skyline. Photo […]

Salisbury Cathedral with the tallest church spire in the United Kingdom 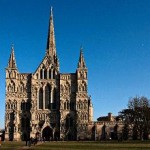 In the county of Wiltshire, south-west of England, you can find nice and well maintained small city of Salisbury. The pleasant impression was enhanced by the fact that it is not surrounded by skyscrapers and housing estates. There was also implemented an interesting system for the construction of new buildings – none of them can […] 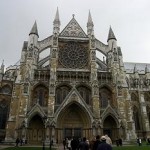 One of the sights of London that is sure to receive many more visitors than usual over the next year is Westminster Abbey. Millions around the world watched on TV on April 29 when Kate Middleton made her way from The Goring (one of the most luxurious London Hotels) to the Abbey to marry Prince […]