Just outside of Dorset, England, along the famous Jurassic Coast is where you will find the Durdle Door. Over the years the natural limestone arch has attracted countless visitors to the area. While the geological formation sits on a privately owned estate of more than fifty square kilometres, the general public is allowed access. 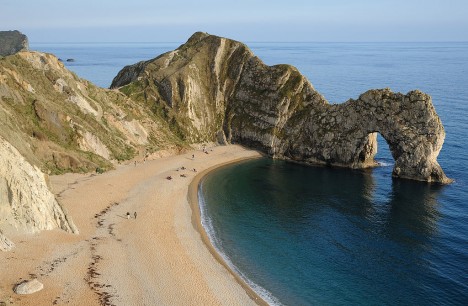 The vast majority of Durdle Door is composed of limestone which is why over the centuries it has slowly eroded away to form the arch. Its mammoth size however has led to its popularity over the years. Countless people have made their way to Durdle Door and to enjoy the English countryside.

The limestone rock formation has appeared in a number of music videos over the last few decades which have increased its popularity. One of the more popular videos is the Tears for Fears’ Shout video which was filmed on location in and around Durdle Door. Also, Pink Floyd fans have seen an image of the rock formation in the lyric books supplied with every “The Division Bell” album sold.

The rock that the Durdle Door is composed of stretch for great distances in every direction. They can be found hundreds of meters inland as well as out in the sea. Those who visit the Durdle Door will also be able to see the Bull which is located just off shore. This has been determined to be a continuation of the rock that the door itself is made of. 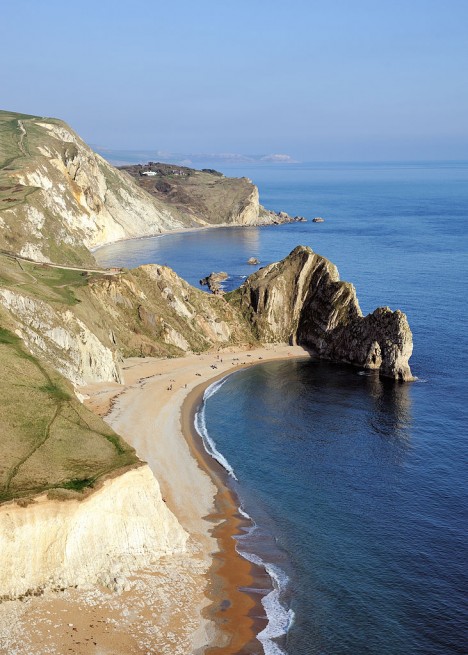 There are countless castles and other ruins of days gone by that can be found in and around the area where the Durdle Door is located. The area known as the Jurassic Coast is one of the more popular destinations in the country.